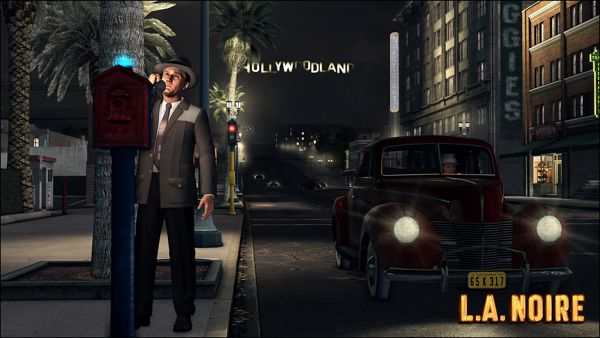 From the makers of the notorious-but-groundbreaking “Grand Theft Auto” series comes “L.A. Noire,” a Dashiell Hammett-style whodunit set in the City of Angels and starring the motion-captured likeness of Aaron Staton, better known as Ken Cosgrove on “Mad Men.” The just-released game (available on the PlayStation 3 and Xbox 360) is winning raves from reviewers for its jaw-droppingly realistic graphics, with the likes of GameSpy crowing that “L.A. Noire” features “the most realistic-looking human beings ever designed for a video game,” even if “the ever-overexposed Uncanny Valley creeps in at times.” Gamers can also expect a massive, detail-packed city to explore, along with the chance to study the faces of witnesses and suspects to suss out whether they’re telling the truth.

I’m expecting my rental copy of “L.A. Noire” to arrive any minute, so stay tuned for hands-on details. Got an initial impressions to share? Fire away in the comments.