AT&T boss: Shared data for all your devices is coming “soon” 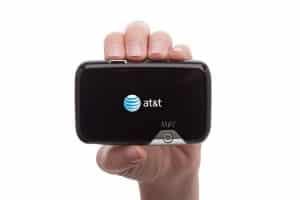 Ever wish you could just pay for a single, shared data plan for all your smartphones and tablets? It’s a pretty reasonable request, given how many of us walk around with data-hungry iPhones and iPads (or Droids and Xooms, for that matter).

Asked that very question during the All Things D tech conference Thursday, AT&T Mobility CEO Ralph de la Vega readily—and surprisingly—agreed, then went a step further and revealed (according to All Things D’s transcript of the talk) that “we’re working on one.”

And, as people carry more and more devices “you may want a shared plan,” [de la Vega] said. “We’re working on one.”
How soon?
“It will be soon. I can’t comment on a quarter (when it will launch) but it will be soon.”

The idea of a shared data plan is similar to one floated by Verizon Wireless execs last month—except Verizon seems to be mulling a plan that would allow subscribers to share data with other family members, rather than among their various devices. (Then again, it’s always possible that Verizon would allow users to share data with both their family and all their 3G- and 4G-enabled gizmos.)

here’s the thing: Allowing us subscribers to use a single bucket of data for our smartphones, tablets, and laptops rather than ponying up separate $25 plans for each data-enabled mobile gadget should be a no-brainer—and besides, the more data their subscribers use, the more wireless carriers stand to profit. Sounds like a win-win to me.