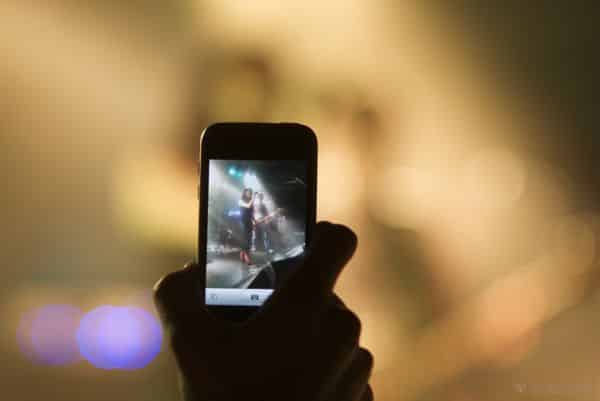 An iPhone that won’t let you snap a photo at a rock concert? That’s the buzz in the wake of a recently published Apple patent application detailing how a strategically placed infrared transmitter could switch off the iPhone’s built-in camera and video recorder.

Patently Apple discovered the patent filing earlier this month, and the “sophisticated” new infrared system described in the application is raising plenty of eyebrows.

In a nutshell, Apple’s proposed feature would allow the built-in camera on an iPhone, iPad, or other iOS device to detect incoming infrared beams that might include, say, information about a product in a store, or trivia about an ancient artifact in a museum.

More insidious, though, is the possibility that an infrared emitter—placed, perhaps, near the stage at a live concert, by a famous painting in a museum, or next to a movie screen—could send instructions to an iPhone telling it to turn its camera off, according to Patently Apple.

Now, before we get too outraged, keep in mind that Apple has filed patent applications for plenty of products and features that have never seen the light of day. And no, pirating the new “X-Men” movie with your iPhone’s video camera is not a good thing.

Still … an iPhone that won’t let you take a snapshot at a Bruce Springsteen concert? Is that a “feature” you could live with?

Let us know what you think.