U.S. to AT&T: Not so fast with the T-Mobile merger 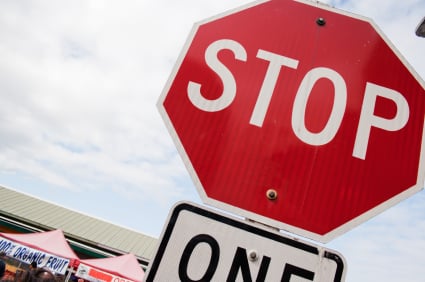 Worried that consumers like us will be the losers if AT&T manages to gobble up T-Mobile? Well, it looks like the U.S. government couldn’t agree more.

Bloomberg reports that the Justice Department is moving to block the proposed merger, arguing that the “elimination of T-Mobile as an independent, low-priced rival would remove a significant competitive force from the market.”

When it first announced the proposed merger, AT&T claimed that the U.S. mobile market was already “fiercely” competitive,” and that AT&T customers would see better service and lower prices once the carrier added T-Mobile’s wireless infrastructure to its own.

But consumer advocates quickly lined up against the pending AT&T/T-Mobile deal, warning that it could “lead to a wireless telephone market reduced to two principal players” (presumably AT&T and Verizon Wireless, with Sprint potentially fading to a distant third) that would “lack the proper incentives to provide competitive prices, service, and … innovation.”

Personally, I’m not thrilled with the idea of T-Mobile disappearing into the maw of AT&T. The “Get More” network offers some of the cheapest wireless plans in the business, not to mention some snazzy phones. And in general, more competition is better for consumers like you and me.

That’s just my take, though. What about you—do you think the AT&T/T-Mobile merger should go through, or is the Justice Department right to stop it in its tracks?

We are surprised and disappointed by today’s action, particularly since we have met repeatedly with the Department of Justice and there was no indication from the DOJ that this action was being contemplated.

We plan to ask for an expedited hearing so the enormous benefits of this merger can be fully reviewed. The DOJ has the burden of proving alleged anti-competitive effects and we intend to vigorously contest this matter in court.

At the end of the day, we believe facts will guide any final decision and the facts are clear. This merger will:

We remain confident that this merger is in the best interest of consumers and our country, and the facts will prevail in court.

And here’s the response from Sprint, which is understandably eager to avoid being ganged up on by AT&T and T-Mobile:

The DOJ today delivered a decisive victory for consumers, competition and our country. By filing suit to block AT&T’s proposed takeover of T-Mobile, the DOJ has put consumers’ interests first. Sprint applauds the DOJ for conducting a careful and thorough review and for reaching a just decision – one which will ensure that consumers continue to reap the benefits of a competitive U.S. wireless industry. Contrary to AT&T’s assertions, today’s action will preserve American jobs, strengthen the American economy, and encourage innovation.