Powerbag carrying case charges gadgets while you’re on the go 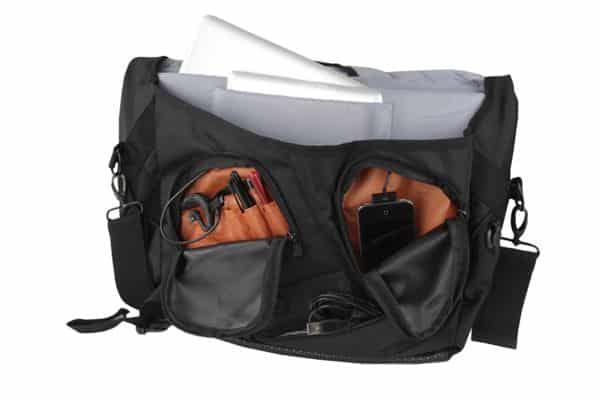 Yep, it may look like your ordinary backpack or messenger bag, but the amped-up Powerbag will give your laptop, cell phone, or other portable gizmos an in-transit boost—literally.

Slated to go on sale next month, the Powerbag (available in standard backpack, briefcase, sling, and messenger-bag styles for $139 and up) boasts its own little charging station, complete with connectors for up to four devices, including laptops, cell phones, iPods, and iPhones.

When the Powerbag’s compact hidden battery runs low on juice, you just plug it into a power outlet using the included AC adapter—and if you happen to have any gadgets connected to the charging station, they’ll get charged before the battery itself.

How heavy is the Powerbag on its own? I haven’t had the chance to lug it around myself, but the manufacturer claims that the bag’s “seamlessly integrated” battery is relatively light—nice, although the proof will be in the pudding.

So, a backpack and/or messenger bag with its own charging station … smart? A little nuts? Let me know what you think.