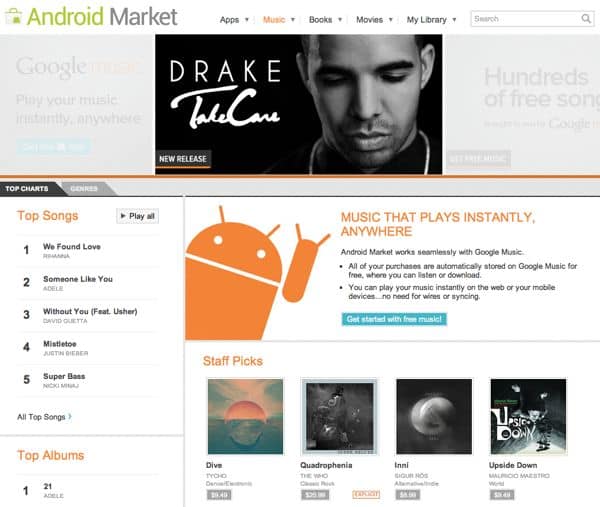 Well, Google is finally in the business of selling music, with the search giant unveiling its new music store Wednesday as well as promising free storage of up to 20,000 tracks in your own, online music “locker.”

Very nice, but some of your favorite artists might be missing from Google’s just-launched music store, and you’ll have to be patient—very patient—if you want to take advantage of all that free online storage. 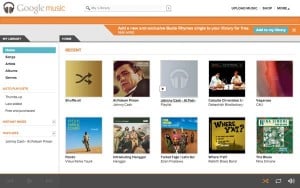 You can store and listen to purchased songs in your Google Music locker, or upload more tracks from your PC or Mac.

You’ll also be able to share the latest tracks you’ve purchased on Google+, which is a nice bonus.

Your Google+ pals will be able to play your shared tunes all the way through, by the way—but just once. Want to listen again? Well, guess you’ll just have to go and buy it yourself.

Unfortunately, only three of the four major music labels (EMI, Sony, and Universal) have signed on with Google’s new music store. A fourth key player—Warner Music Group, home to artists such as Led Zeppelin, The Ramones, The Doors, Ray Charles, Neil Young, and Cee Lo Green—is still sitting on the sidelines.

Now, it’s always possible that Warner Music will give Google the green light within a matter of days; for now, though, you’ll have to buy your digital copy of “After the Gold Rush” elsewhere.

Once you’ve bought some music from Google’s music store, the tracks will appear automatically in your Google Music locker.

Related: How to upload and stream tunes with Google Music

The Google Music service (which you can visit right here) has actually been around since May; until now, though, you needed an invitation to use it. That restriction was lifted Wednesday, and now anyone in the U.S. can give Google Music a try.

In addition to storing your purchased tracks, you can also upload up to 20,000 tracks—for free—to your Google Music locker using Google’s music-manager desktop software.

That’s the good news; the bad news is that Google Music won’t scan your hard drive for tunes and “match” your songs with tracks that already exist in Google’s music store—meaning you’ll have to upload each and every one of your music files, a potentially days-long process for those with large digital music collections.

Apple’s new iTunes Match service, on the other hand, does offer a “scan and match” feature. That said, you’ll have to pay $25 a year to store up to 20,000 songs in iCloud, versus nothing for Google Music. Also, you can’t listen to your iTunes Match collection over the web.

So, which sounds better to you: Google Music, or iTunes Match? Or will you go ahead and use ’em both?