The 10 hottest holiday video games: a cheat sheet for parents 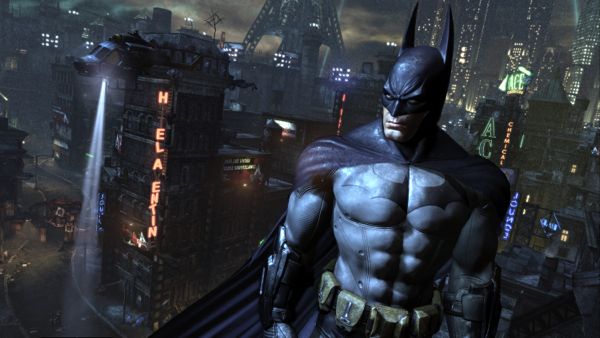 Got a game console like the Xbox 360 or the Nintendo Wii in your living room? If so, here’s a pop quiz: Which console game is more appropriate for a 12-year-old, “Uncharted 3” or “The Legend of Zelda: Skyward Sword”?

Drawing a blank? If so, read on for a parent’s guide to the season’s hottest video games, ranging from the PG-rated calisthenics of “Dance Central 2” to the gruesome, bone-rattling explosions in “Call of Duty: Modern Warfare 3.” 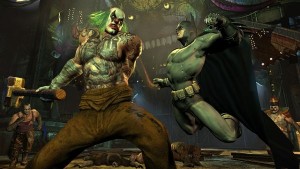 Movie it most resembles: “The Dark Knight”

What’s fun about it: Considered one of the best video games about a comic-book hero ever made (and having played several hours myself, I can attest to that), Batman: Arkham City boats a huge, so-called “open world” where players are free to essentially choose their adventure. And what a world it is: a huge, sweeping cityscape, with hundreds of streets, back alleys, rooftops and buildings to explore.

What you’ll like about it: The villains in Arkham City are ones that you’ll recognize—you know, the Joker, the Penguin, the Riddler, and so on. They’re also way over the top, adding a touch of humor to the otherwise grim proceedings. And while Batman throws a mean punch and delights in knocking bad guys unconscious with the gadgets on his utility belt, he never uses a gun.

What you won’t like about it: The gloomy, never-ending night of Arkham City could give nightmares to kids (or anyone, for that matter) afraid of the dark. You may also frown on the brutish, sexist thugs who continually hurl the “b” word at female characters like the buxom Catwoman, who’s practically falling out of her skin-tight jumpsuit. 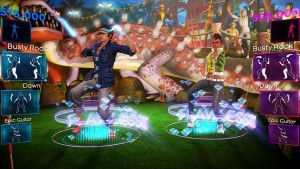 Movie it most resembles: “Step Up,” “Footloose,” etc.

What’s fun about it: C’mon, get off the sofa and dance! Packed with 100 tracks from the likes of Lady Gaga, Usher, Donna Summer, Bruno Mars, Justin Bieber, and Rihanna, Dance Central 2 will put your dance steps to the test. To play, you’ll need Kinect, the motion-sensitive camera for the Xbox 360 that lets you play games with your body rather than a controller.

What you’ll like about it: Lots of singing and dancing, and no shooting. Also, the motion-controlled fun of Kinect is like catnip for those who normally couldn’t care less about video games; even my mother-in-law got into the action when we played Kinect bowling last Thanksgiving.

What you won’t like about it: Some of the computer-generated dancers aren’t exactly dressed for church, and you’ll probably hear a few suggestive lyrics. (Welcome to pop radio!) Other than that, though, there’s little in the way of objectionable content here. 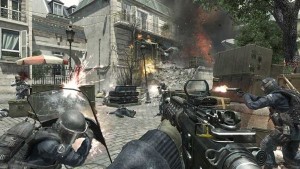 Movie they most resemble: “Black Hawk Down”

What’s fun about them: Boys (and even some girls) love to blow things up, and both Battlefield 3 and Modern Warfare 3 serve up generous portions of mayhem, complete with AK-47s, bazookas, remote-detonated explosives, grenades, pistols, knives, sharp sticks, you name it. In Modern Warfare 3, the emphasis is in close-quarters urban combat, and the experience is akin to getting an adrenaline shot to the heart. In Battlefield 3, the online multiplayer “maps” are much larger and demand a more strategic style of gameplay; you also get to fly helicopters and jets. 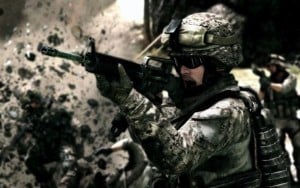 What you’ll hate about it: Let’s not sugar-coat this: Battlefield 3 and Modern Warfare 3 make for two of the most violent, blood-soaked, and realistic-looking military “shooters” ever made—and indeed, if the sight of blood and bullets makes you queasy, you might want to leave the room before your favorite gamer fires up one of these titles. (Full disclosure: I’m crazy for Battlefield 3, much to my wife’s horror.) Not for kids, if you ask me. 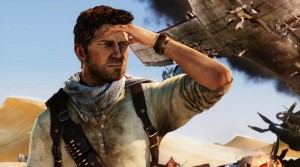 Movie it most resembles: “Raiders of the Lost Ark”

What’s fun about it: Think Indiana Jones crossed with Lara Croft, and you’ll get the basic idea of the “Uncharted” series. The star of the show is wise-cracking Nathan Drake, who bears a striking resemblance to a certain globe-trotting archaeologist played by a certain Harrison Ford. When he’s not shooting and punching the baddies, Drake is scaling walls, shimmying across narrow ledges, swinging on vines, and solving head-scratching puzzles.

What you’ll like about it: Unlike Batman: Arkham City, Uncharted 3 mostly takes place in the great outdoors, making it a much more cheerful experience. Nathan Drake himself has a breezy, Han Solo-like attitude that’s a breath of fresh air, and the women of Uncharted are (for the most part) tough, strong-willed, and perfectly capable of taking care of themselves.

What you won’t like about it: While the violence in Uncharted 3 is far less graphic than in, say, Call of Duty, there’s still a lot of shooting and killing going on, not to mention an explosion every five minutes or so. Might be OK for teens, but I’m not so sure about the little ones. 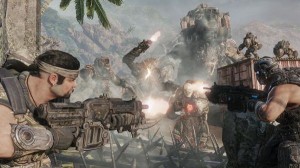 Movie it most resembles: “The Road Warrior” crossed with “Predator”

What’s fun about it: A thrilling bullet-fest that features more blood per square inch than any other game this year, Gears of War 3 follows its hero, Fenix—a gruff, hugely-muscled soldier from the future—on a quest (a surprisingly sentimental one, as it turns out) to find his long-lost dad. Great fun? Totally (or I thought so, at least, although my appalled wife doesn’t exactly agree). Good for kids? Ah, no, but your older teens will be clamoring for it.

What you’ll like about it: There is some father-son bonding going on—after about 3,000 murderous lizards have been slaughtered, anyway.

What you’ll hate about it: One of the primary weapons in the game is … well, a chainsaw. You get the picture.

The Legend of Zelda: Skyward Sword 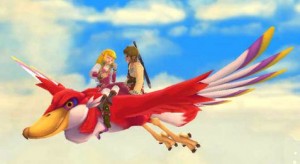 Movie it most resembles: “Willow”

What’s fun about it: I admit to being pretty much in the dark as far as the Zelda games go, but what I do know is that this beloved series of fantasy games has been thrilling gamers both young and old for a quarter-century (yes, it’s been that long), and the latest chapter has been winning raves from critics.

What you’ll like about it: An involved story, beautiful graphics, and no blood. If you’ve got a young, Wii-playing gamer on your list who’s old enough for, say, “Harry Potter,” then you won’t go wrong putting “Skyward Sword” under the tree.

What you won’t like about it: Your little one may disappear into the world of Zelda for hours at a time. 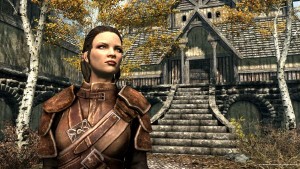 Movie it most resembles: “Lord of the Rings”

What’s fun about it: Considerably more mature and adult-minded than Zelda, “The Elder Scrolls V: Skyrim” delivers a beautiful, spectacularly detailed world of snow-capped mountains, grass-covered fields, windy streams and dark canyons to explore. There be dragons, oh yes, as well as hungry packs of wolves, giants, walking skeletons and fireball-flinging mages, not to mention hundreds of “quests” and a backstory so complicated that it’ll make your head spin.

What you’ll like about it: Measured, cerebral gameplay, plus a glorious orchestral soundtrack.

What you won’t like about it: Watching players get riddled with arrows or sliced by battle axes. 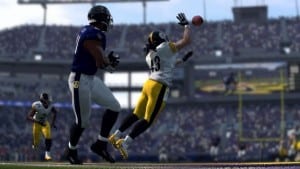 What’s fun about them: If you haven’t seen Madden or the latest NBA 2K games on the Xbox 360 or PS3 yet, prepare for your jaw to drop. (They don’t look too shabby on the standard-definition Wii, either.) From the picture-perfect stadiums and life-like players (so life-like that they’re a bit creepy, actually) to the realistic camera angles, Madden 12 and NBA 2K12 are about as close as you can get to the real thing.

What you’ll like about them: No one gets killed, although there might be a concussion or two.

What you won’t like about them: You’ll have to drag your kids, spouses, and other sports addicts away from the console.