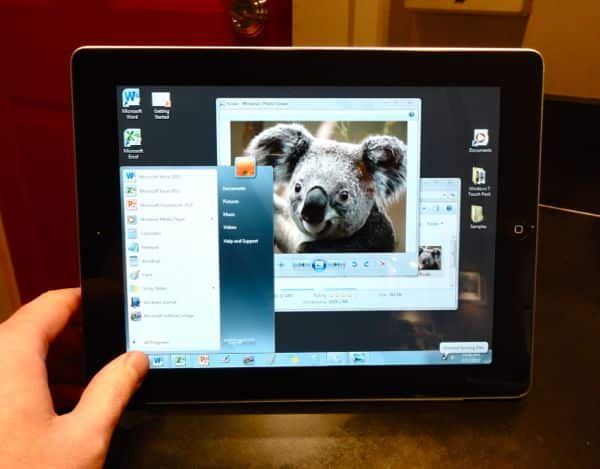 Does anyone really need a full-on, touch-friendly version of Windows running on their iPad? Good question, but a company that specializes in streaming high-end games to PCs, laptops, TVs, and tablets has pulled it off, and you can try it today for free.

Available now in the App Store, OnLive Desktop requires little more than a free OnLive account. Just launch the app, sign in, and presto—it’s Windows 7, right there on your iPad. (Versions of OnLive Desktop for Android devices, the iPhone, PC and Mac desktops, and even Net-connected TVs are coming soon, OnLive says.)

What’s going on here? If you guessed that it’s something to do with the “cloud,” you’re right. 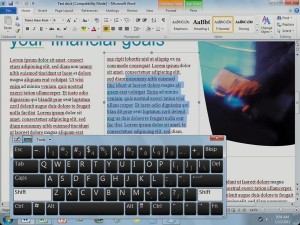 You can run the full version of Microsoft Word with OnLive Desktop for iPad, but you'll need steady fingers to tap those tiny buttons.

Think of OnLive Desktop as a touch-sensitive remote control that’s connected to a far-flung Windows-powered system in one of OnLive’s many server warehouses. That means when you tap on “your” desktop using the OnLive Desktop app, you’re actually sending commands to a high-powered computer that’s hundreds (or even thousands) of miles away.

Of course, using OnLive Desktop on your iPad presents a couple of key challenges.

For one thing, the OnLive Desktop app itself is speedy, all right, but not instantaneous—that is, there’s a split second between the time you, say, tap an icon on your desktop and the icon actually lights up. It’s only a slight delay, but it’s noticeable.

A second, somewhat bigger challenge is using Windows with your fingertips rather than a mouse and keyboard. Tapping a desktop icon is easy enough, and you can right-click by tapping and holding. But homing in on the tiny “undo” button in Microsoft Word requires a steady finger, while selecting a passage of text entails calling up the Windows on-screen keypad, tapping the shift key, and then carefully tracing the text you want to highlight. And trying to actually type something is, well, not much fun.

Then again, consider this. Using OnLive Desktop would mean never again having to worry about dealing with Windows updates or security patches ever again; instead, OnLive’s staff would take care of all those updates, seamlessly and painlessly in the background. OnLive could even conceivably upgrade your account to Windows 8 when the time comes, with no work required on your part. 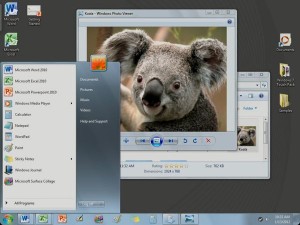 The free version of OnLive Desktop gives you access to a basic Office suite and Windows Media Player, but you'll have to pay up for web browsing.

And despite the tiny lag between tapping a command and seeing a response, OnLive’s remote Windows systems are blazingly fast; I’ve rarely seen Microsoft Word launch as quickly as it did through OnLive Desktop.

One more thing: while trying to use Windows on an iPad may sound a little nuts, OnLive Desktop could get a lot more interesting once versions for PC and Mac desktops arrive.

So, what exactly do you get with your free Windows Desktop account? Basically, we’re talking the core Microsoft Office apps—Word, Excel, and PowerPoint—plus Windows Media Player, a kit of basic utilities (like Paint and Calculator), and 2 GB of “secure” storage. There’s also a website where you can upload and download files in your Documents folder.

What about Internet Explorer, or downloading and installing new programs? For that, you’ll need to upgrade to OnLive’s upcoming, $10-a-month “Desktop Pro” plan, which ups the storage ante to 50 GB. And if you’re really ambitious, you’ll eventually be able to deploy OnLive Desktop to an entire company through OnLive’s Enterprise service.

The possibilities are enticing, no question; for now, though, OnLive Desktop for iPad is more of a curiosity than a practical alternative to a true Windows desktop.

But what a curiosity it is—and hey, the price is right.