8 things you need to know about the new iPad 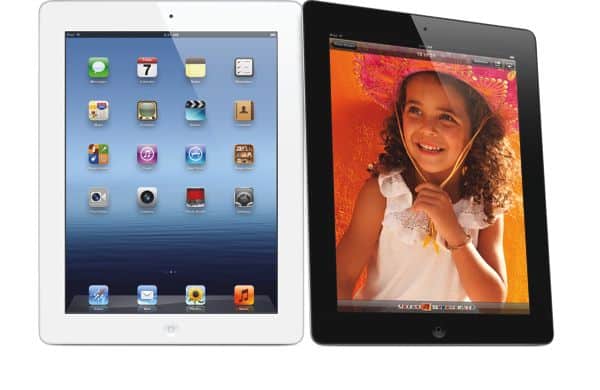 Get ready for a brand-new iPad—one with an eye-popping display, faster performance, and support for speedy wireless data. But if you were hoping for a thinner iPad, well … bad news. Also: don’t call it the “iPad 3.”

Read on for 8 things you need to know about the latest iPad, starting with…

At first, everyone assumed the new iPad would be called the iPad 3; after all, last year’s iPad was the iPad 2, right?

Then, in the days leading up to Apple’s announcement Wednesday, there was heavy speculation that the next-generation iPad would be called the “iPad HD,” referring to its gorgeous new display. (More on that in a moment.)

But when Apple CEO Tim Cook finally unveiled the new iPad, he called it … well, “the new iPad,” plain and simple. Huh.

2. It’s a little thicker and heavier than the iPad 2

At first blush, the new iPad (or the “iPad New,” perhaps?) looks practically the same as its predecessor.

(For the record, the iPad’s version of the retina display packs in 264 pixels per inch, or a little less than 326 “ppi” for the iPhone 4S’s screen. Still, good luck telling the difference with the naked eye.)

The new iPad: brighter, faster, but also a little thicker.

Of course, powering a 2048 by 1536-pixel display takes quite a bit of horsepower—and indeed, Apple announced a new chip, its so-called “A5X,” complete with quad-core graphics (think four graphics processors on a single chip) to make it all happen.

Yes, the new iPad does 4G LTE data through both AT&T and Verizon Wireless. That’s the good news; the bad news is that there’s still no iPad for Sprint or T-Mobile. Also, you’ll still have to buy a specific iPad model depending on which carrier you go with, at least as far as AT&T and Verizon are concerned.

5. It doubles as a mobile hotspot

At last, you’ll be able to share your iPad’s data connection with other nearby gadgets via Wi-Fi, just as you can with the iPhone. Expect to pay extra for the privilege, though.

6. It comes with improved camera

The new, 5-megapixel “iSight” camera on the back of the latest iPhone now boasts features like 1080p video recording (versus 720p for the iPad 2), image stabilization for steadying your video clips, and face detection for zeroing in on smiling mugs.

And pre-orders start today, although Apple’s servers already seem to be buckling under the strain of eager customers.

And one more thing…