Digital photo tip: Can’t get the shot? Take a screen capture of a video instead 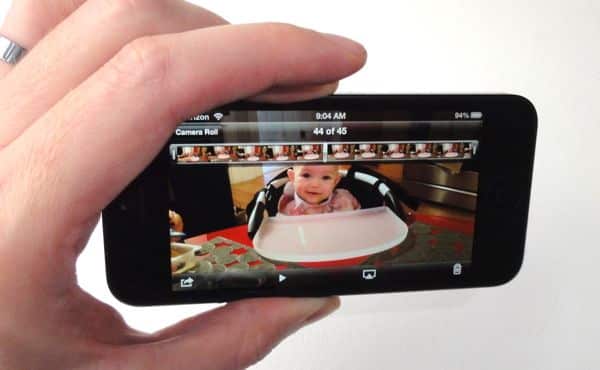 Snapping photos of my little girl at the precise moment when she’s a) sitting still, b) smiling and c) looking directly into the camera is more a matter of luck than skill—and indeed, I’ve got hundreds of blurry, scrunchy-faced outtakes to prove it.

Having the same problem? If so, here’s a quick (if somewhat dirty) solution: Take a video instead of a picture, and then go back and take a screenshot to capture the perfect, fleeting moment.

The upside of taking a screen capture of a video is, of course, that you can pause and rewind to a frame where (for instance) everyone is smiling and looking directly into the camera.

The “dirty” part of the trick, though, is that a photo captured from a video won’t be nearly as sharp as a standard still image.

How much fuzzier are we talking? Well, that depends on the quality of the video recorder on your camera or smartphone, as well as whether you’re capturing the photo on your PC (where you can zoom the size of the video image) or directly from your smartphone’s smaller display.

In general, you can expect to lose more than half the resolution of a regular snapshot, and you may notice more digital “noise,” to boot.

For many of us, though, a softer but perfectly timed photo might be worth a lot more than a razor-sharp image of half-closed eyes and blurred faces.

Here’s a few ways to take a screenshot of a video, starting with…

On an Android phone:

The latest iPhone software (a.k.a. iOS 6) and newer Android phones will let you snap still images as you shoot video.

On the iPhone, just tap the camera button in the top-right corner of the display while you’re shooting; for (some) Android phones, tap the middle of the screen.

It’s a handy feature (provided you have a steady hand and a quick trigger finger), but it won’t let you go back in time and choose a precise frame to capture.