How do I get YouTube back on my iPad? (reader mail) 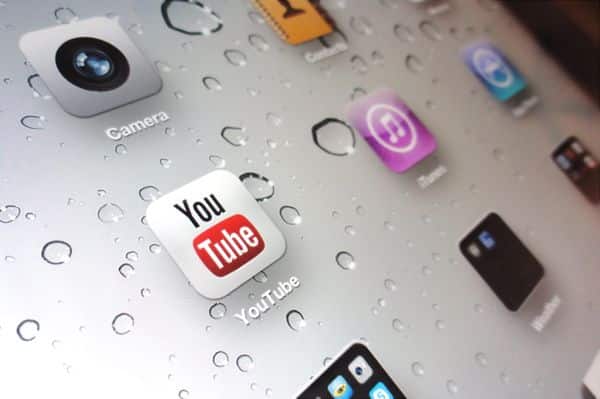 Jodi writes: After finally updating my 3rd-gen iPad to iOS 6, I went to find a clip on YouTube but couldn’t find the YouTube app on my home screen. I looked everywhere. Where did YouTube go, and how do I get it back?

Hi Jodi! Nope, your eyes aren’t playing tricks on you.

With iOS 6, the latest version of the core mobile software for the iPad, iPhone, and iPod Touch, Apple tossed the old, familiar YouTube app into the rubbish bin.

Why, you ask? Chalk it up to another skirmish in the ongoing turf war between Apple and Google, who have grown to be fierce competitors in the booming smartphone market.

(Incidentally, the clash between Apple and Google was also behind Apple’s now-infamous decision to replace Google Maps on the iPhone and iPad with its own spotty, glitchy mapping service.)

So, what are we supposed to do now that the old YouTube app for iOS is gone?

You can also browse a “home feed” of recent and recommended videos, filter your video searches by date or length, and more. All in all, very nice. 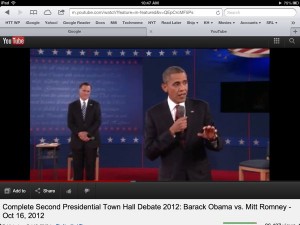 You can still access YouTube from your iPad, with a little help from the Safari web browser.

The only problem with Google’s YouTube app, though, is that it hasn’t been optimized for the iPad.

Update [12/5/12]: Good news—Google just released a new version of iPad for iOS that is optimized for iPad.

Of course, you can still use the new YouTube app on your iPad, but when you launch it, it’ll look like a tiny iPhone app swimming in your jumbo iPad screen.

Well, here’s the thing: there’s also a mobile web version of YouTube (just as there is for Google Maps), and it looks pretty slick on the iPad’s Safari web browser.

Just type “youtube.com” into the Safari address bar on your iPad to access the YouTube mobile site. 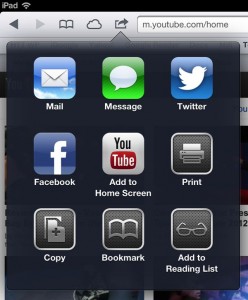 You can add a YouTube shortcut to your iPad’s home screen by tapping the “Share” button in Safari.

You can also add a shortcut to the mobile version of YouTube to your iPad’s home screen.

Hope that helps, Jodi. Still have questions? Let me know!