Android/iPhone tip: How to sync photos to your Dropbox 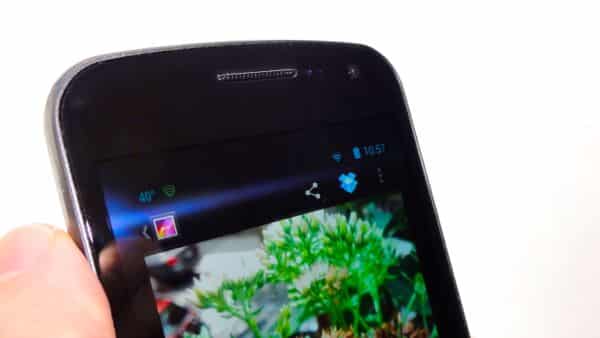 Don’t want to sync your iPhone or Android snapshots with iCloud or the Google+ social network? Here’s an easy alternative.

Dropbox is a handy, simple-to-use file-syncing service (click here to download and install the free Dropbox desktop utility) that boasts apps for both iPhone and Android.

Among Dropbox’s many features: the ability to tap into your camera roll and sync your photos with your Dropbox-connected PCs and/or Macs.

You can set the Dropbox app (click here for the iPhone app, or here for the Android version) to automatically sync all your mobile photos with your Dropbox, or you can pick and choose which snapshots to upload.

Best of all, Dropbox is only as social as you want it to be. Sure, you can easily share your Dropbox photo albums with anyone, including non-Dropbox users; by default, though, your pictures are stored privately in your Dropbox account. 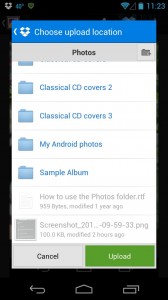 Just select the Dropbox folder you’d like to sync your photo to, then tap the Upload button.

*These settings may vary depending on the make and model of your Android phone. 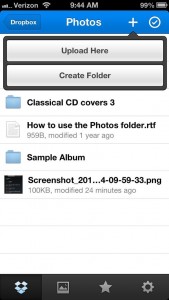 Tap the “+” button in the top-right corner of the Dropbox app to upload photos from your iPhone.

Want to automatically share your Dropbox photos with a small (or not-so-small) circles of friends and loved ones?