Android tip: Find out which version of Android is installed on your phone 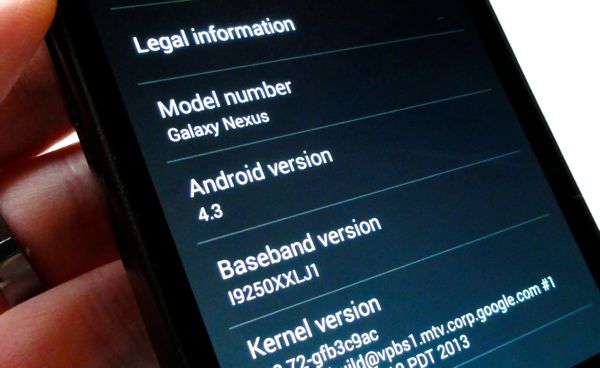 Ray writes: Hi Ben—just bought a Samsung Galaxy Golden phone, do you know what version of Android it uses? Thanks and regards.

Hi Ray! A quick Google search reveals that the new Galaxy Golden (a flip-style Android phone on sale now in South Korea, but apparently not slated for the U.S.) is running on Android 4.2 “Jelly Bean”—a couple of versions shy of Android 4.4 “KitKat,” the latest and greatest version of Android.

All well and good, but what if you’ve got an Android phone other than the Golden? Well, you can always turn to Google again, but there’s an easier, quicker way to find out which version of Android is installed on your handset. 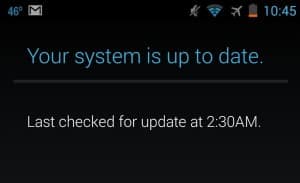 Tap “System updates” from the “About phone” screen to see if there’s a new version of Android available for your device.

Give this a try (and bear in mind, the steps may vary slightly depending on the make and model of your Android phone)…

Example: my Android phone, the Samsung Galaxy Nexus, is running Android version 4.3, a.k.a. “Jelly Bean.” (Confusingly, both Android 4.3 and 4.2 are dubbed “Jelly Bean.”)

Want to see if there’s a more recent version of Android available for your particular phone? Tap “System updates” on the “About phone” page; if there’s an update available, it should start downloading immediately.

Is your phone using an earlier version of Android, but there’s no new update available?

You can find out when (and if) your specific handset is getting an Android update by (again) diving into Google, or you can check this handy guide compiled by Digital Trends.

Hope that helps, Ray. Still have questions? Let me know!