Cord-cutting tip: 6 ways to get Internet access after cutting the cord 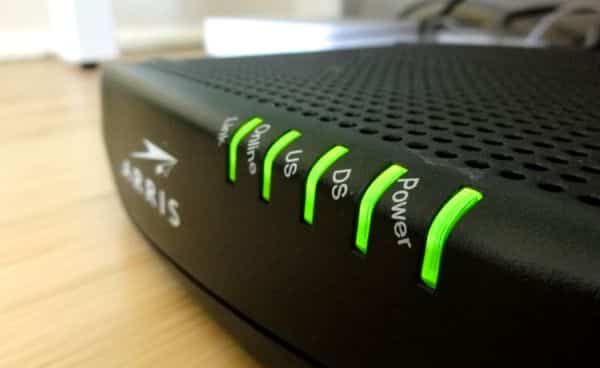 Dolores writes (re: my recent cord-cutting article, in which I mentioned that I dumped cable TV in favor of an over-the-air antenna): But, what do you use for Internet access? We use our cable company more for Internet than TV.

Hi Dolores! Well, I wish I could tell you there’s a cheap, speedy alternative to your cable company for getting broadband Internet. But if I did, I’d be lying.

Don’t get me wrong; there are, indeed, plenty of alternatives to cable Internet access, but they all come with their own sets of pros and cons.

Let’s take a quick tour—and bear in mind, the following are just the broad strokes of what’s available, not a detailed review of Internet service providers and current prices (which are constantly changing).

1. DSL from your phone company

Most of the big landline phone companies still offer Internet via DSL, a.k.a. “Digital Subscriber Line,” which arrives on your home router over a standard phone line.

In my neighborhood, for example, Verizon offers all-you-can-eat DSL service for as cheap as $20 a month. Not bad, right?

The only problem, though, is that DSL is relatively slow compared to cable Internet. The fastest ($30-a-month) plan I could get through Verizon DSL is just 15 Mbps (megabits per second) for downloads and 1.1 Mbps for uploads, equivalent to a slower cable Internet plan. (Cable modem download speeds, by the way, can reach speeds well beyond 100 Mbps, although you’ll have to pony up for the privilege.)

Now, don’t get me wrong—15 Mbps download speeds are nothing to sneeze at, especially given the $30/month price tag. But if you’re expecting steady, razor-sharp HD video streaming, you may be disappointed.

Great for: Wireless mavens with deep pockets
…but not for: Just about everyone else

This would be a clean and tidy solution, wouldn’t it? Just one company for your cell phone, mobile and home data needs—and just one bill, too.

And since 4G LTE (4G stands for “fourth generation,” by the way, while “LTE” is short for “Long Term Evolution”) is so speedy (indeed, if you’ve got good reception, you could see data downloads spike at 30 Mbps or higher), it’s a viable alternative to cable Internet.

Generally speaking, though, wireless 4G data is hideously expensive compared to most cable Internet plans, and carriers often place strict limits on how much data you can use per month.

Take Verizon Wireless, my current wireless carrier. Verizon’s most generous 4G data plan tops out at just 50 GB of data a month, for a whopping $375 a month—more than twice as much as my old cable TV-plus-Internet bill.

And considering that I plowed through more than 200 GB of data in a recent month through Time Warner Cable (and that’s after watching only about an hour or so of Netflix each night) well…ouch.

Great for: Cord-cutters in rural areas lacking cable access
…but not for: Those who can get broadband any other way; apartment dwellers who can’t install a satellite dish

Want to get your Internet access from space? Well, you can, but it doesn’t come cheap.

Need more monthly data? Unfortunately, ViaSat’s top-of-the-line, $130/month, only offers 25 GB of monthly data, with the same upload and download speeds as the bargain plan. (There is, at least, a “Late NIght Free Zone” option that offers unlimited data usage between midnight and 5 a.m., meaning you could schedule large video downloads in the middle of the night.)

If those prices for limited Internet access sound a little nuts, keep in mind that satellite Internet is often the only broadband option for those who live in rural areas far from cable lines.

Great for: Anyone looking for a speedy, reasonably priced alternative to traditional cable Internet
…but not for: Those not lucky enough to have a fiber-optic carrier in their neighborhood

An increasingly popular alternative to traditional cable for Internet is fiber-optic cable—a bundle of ultra-thin glass fibers that transmit data with light rather than electricity.

Verizon, for one, offers fiber-optic Internet via its FiOS service, while Google is (slowly) getting into the game with Google Fiber.

Pricing-wise, Verizon FiOS’s plans are about par with those of traditional cable companies. Its cheapest plan, for example, offers unlimited data with 15 Mbps downloads and 5 Mbps uploads, for $50 a month—a bit pricey, perhaps, but not totally unreasonable.

Speed demons, meanwhile, will love the top-tier FiOS plans, with $300/month getting you data speeds of 500 Mbps “down” and 100 Mbps “up”—nice. Time Warner Cable service, by way of comparison, tops out at about 100 Mbps down and just 5 Mbps up, albeit at a more palatable price of $64 a month (a price that’s only available to new customers, it should be noted).

Of course, FiOS’s Internet speeds and prices can’t hold a candle to Google’s, which offers an unlimited data—both up and down—at blistering “gigabit” speeds (or about 1,000 Mbps), all for a mere $70 a month.

But here’s the thing: while Verizon FiOS is available in hundreds of U.S. cities, Google Fiber is only available in three: Austin, Texas; Provo, Utah; and Kansas City, Missouri.

Great for: Those who want Internet access for less than $10 a month
…but not for: Anyone expecting to watch TV shows or movies over their Internet connections

Yes, you can still sign-up for old-school dial-up Internet. AOL, for example (remember them?) offers a trio of dial-up plans, starting at just $6.99 a month.

That’s cheap, all right, but at a piddly 56 Kbps (that’s kilobytes, not megabytes), your downloads will crawl, and you can forget about HD (or even smooth SD) video streaming.

Don’t forget, too, that your dial-up modem will need to use your landline whenever you want to go online. In other words, no more always-on Internet access.

Great for: Existing cable customers who want fast, no-fuss broadband access at a decent price
…but not for: Those looking to stick it to their old cable operator

Wait—aren’t we talking about alternatives to cable Internet?

Well, yes, but the truth is that sticking with your cable modem after cutting the cable TV cord is still an attractive—and often affordable—option. Indeed, that’s what my wife and I ended up doing.

In our case, sticking with Time Warner Cable (ugh) simply made the most sense. DSL service is too slow for us, fiber optic isn’t available on our block (hurry up, Verizon and Google!), satellite is too expensive (and where would the satellite dish go?), and dial-up … ah, no thanks.

We ended up opting for Time Warner’s “Turbo” Internet plan: unlimited data with 30 Mbps downloads and 2 Mbps uploads, all for about $75 a month (or $45 for new subscribers).

That’s still a bit pricey—and no, my wife and I didn’t get the satisfaction of cutting the cord on Time Warner for good. But at least we’re paying far less  than the $160 a month we were paying for Internet plus cable TV (which we never watched anyway).

So, Dolores, that’s a rather long-winded answer to your original question. Hope that helps.

Update [4/30/14]: Dolores responds, “Yes, it does help! The last alternative is the best option for us, too. We don’t especially care about ‘sticking it’ to our cable company. We just want to lower our cost. 🙂 Thanks for researching this for us!”

Anyone want to chime in with their own cable-cutting experiences, or got a tip about Internet access alternatives? Post ’em below!