For $79, trade in your slow cooker for an Instant Pot pressure cooker 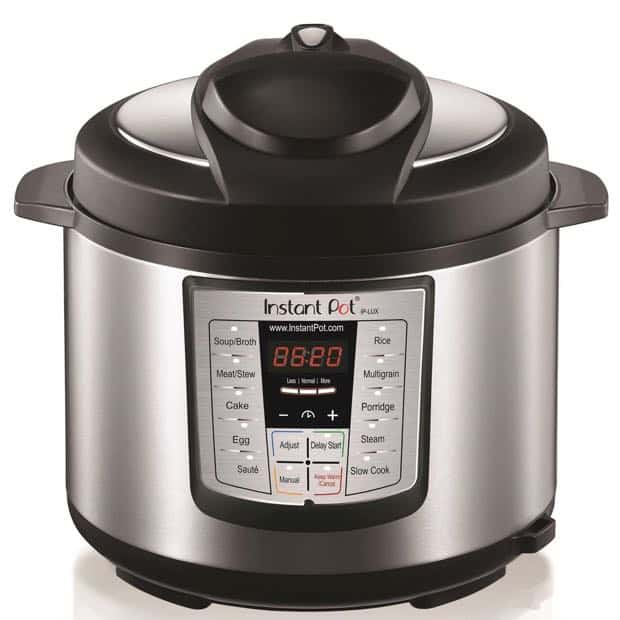 Note: Susan Leopold is a tech enthusiast, avid cook, and co-founder of here’s the thing.

“Amazing!” “Fantastic!” “We love it!” Those are just some of the quotes that keep popping up on my Facebook feed about the Instant Pot—and indeed, just last night I saw my friend trading Instant Pot recipes. So, what’s all the fuss about?

Here’s the thing: I’m what you might call a traditional cook. I use the stovetop to cook rice and don’t have many gizmos around my kitchen, partly because I’ve never seen the attraction. But there’s no avoiding the current “pressure cooker” craze, and the Instant Pot (which is easily mistaken for a Crock-Pot) is the brand my Facebook feed is buzzing about.

On sale for $79 for the six-quart version (three- and eight-quart models are also available), the Instant Pot Lux V3 pressure cooker not only cooks rice in a snap, it’s also great for potatoes, meats, soups, and other delicious items.

A few reasons why I’ll be trying an Instant Pot this year:

So while I haven’t tried this new (or am I late?) kitchen gizmo yet, I’m adding it to my cart now. If you get one, let us know what you think. And maybe we’ll start trading Instant Pot recipes over Facebook!