How do I spy on my teen’s text messages? (reader mail) 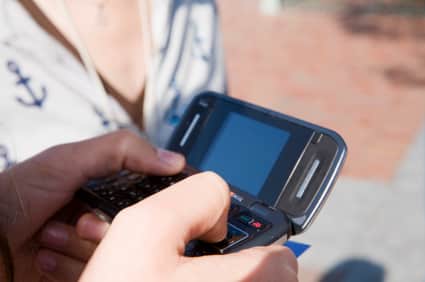 California Mom writes: I need to spy on my teen’s texts without her knowing. I’m willing to pay a reasonable fee, but obviously, free is better. (And, note to all, if you want to judge about the sacrosanctity of teenage texts, find another taker.)

Greetings! So yes, there are indeed plenty of ways to secretly spy on your kid’s text messages. Whether you should, of course, is another question.

First things first: you can’t just sign up with a mobile spying service, punch in any phone number, and start snooping away—well, not legally, anyway. Instead, you’ll have to install a special SMS spying app on the “target” phone, which means you’ll need physical (and, preferably, legal) access to the handset.

Several such spying apps (which typically offer a menu of other surveillance options, inclduing call-history logging and GPS tracking) are available … and no, they’re not cheap.

Most of these services work on a variety of smartphones, ranging from Android phones and BlackBerrys to iPhones and Windows Mobile handsets; there’s also an Android-only app called Secret SMS Replicator that goes for $49.

The makers of these apps (none of which I’ve tested, by the way, so use them at your own risk) swear up and down that their mobile spying services are perfectly legal—as long as you use them on a phone that you own, or otherwise have “proper authorization” to use. Even then, you may want to double-check with local and state authorities, as well as think twice about spying on the messages of anyone over 18 without telling them first.

There’s also another wrinkle for iPhone users—namely, the fact that you won’t find any of these apps in the App Store. That means you’ll need to “jailbreak” your kid’s iPhone so it can run non-App Store apps. While there’s nothing wrong with jailbreaking an iPhone, doing so is a tricky process that isn’t sanctioned or supported by Apple, and I wouldn’t recommend you try it unless you know what you’re doing.

So much for the “how” of spying on your kid’s text messages. But what about the “should you” part? Well, I’ll leave the ethics of it up to you (although I have a feeling plenty of readers may want to chime in).

Here’s a word of warning, though: today’s teens are frighteningly tech-savvy, especially when it comes to their phones, and I’d put even money on them sniffing out a “secret” mobile spying app in … oh, about five minutes flat.

And if it’s an iPhone we’re talking about, trust me: you’re not going to be able to jailbreak your teen’s iPhone without them knowing it.

Personally, I just see far too many opportunities to get caught spying by your kids—an awkward situation, to say the least.

Another option, of course, would be to simply tell your teens that you’ll be looking over their shoulders whenever they text. But given the fact that most teens exchange dozens or even hundreds of texts a day, you might be signing up for more than you bargained for.

Anyway, I hope this helps; let me know if you have more questions.

So, does anyone out there have tips or reviews of these mobile spying apps? And what do you think: would you spy on your kid’s text messages without telling them?