Reader mail: Any Wi-Fi phones that aren’t tied to a carrier? 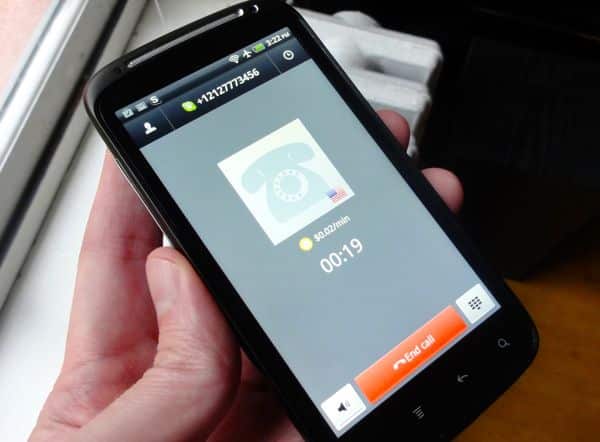 Sabrina writes: Is there a phone where you can buy the hardware and use a Google Voice number via Wi-Fi for calls, all without dealing with Verizon, Sprint, or any other service? I don’t want to pay crazy monthly bills if I don’t have to. Thanks!

Hello Sabrina! So, here’s my first question for you: Do you own a newer iPod Touch? If so, you’re in luck.

The iPod Touch is, of course, basically an iPhone without the phone. That means you’re free to use just about any applications in the Apple App Store, including such Wi-Fi calling (a.k.a. “VoIP,” short for “voice over IP”)  app as Line2, Truphone, Vonage, and (of course) Skype.

Most of those Wi-Fi calling services charge for placing calls to landlines (Line2 charges $10 a month for unlimited calls, for example, while Skype has plans starting at 2.3 cents a minute), but for the most part, they’re far cheaper than signing up with a wireless carrier.

You also mentioned Google Voice, the powerful Google calling service that lets you route calls from all your various landlines, office phones, and other telephone numbers to a single Google Voice number, and yes—it’s available for the iPod Touch. Unfortunately, the Google Voice app for the iPhone and iPod Touch only makes calls over traditional cellular networks, not Wi-Fi. But if you’re dead-set on using Google Voice for Wi-Fi calling, well … more on that in a moment.

Now, there’s a catch when it comes to using the iPod Touch as a Wi-Fi phone: only the latest, fourth-generation Touch comes with a built-in microphone, and only the second-, third-, and fourth-generation iPod Touches support external microphones (like the little in-line mics in Apple’s iPhone headsets). That means if you have the original iPod Touch from 2007, you’re out of luck.

Other options besides the iPod Touch? Well, as of this week, you can buy a new iPhone that’s “unlocked,” meaning it isn’t tied to any particular carrier. That’s the good news; the bad news is that the unlocked iPhone starts at a whopping $649, versus just $229 (or $199 through Amazon and other online retailers) and up for an iPod Touch. Yikes.

A cheaper possibility is this older, Wi-Fi-only Skype phone made by Belkin, a bare-bones handset that does little else besides make Skype calls. It’s basic, but at just $134 and up online, it’s cheap.

Or, you could go the Android way. You can snag last year’s Nexus One smartphone from Amazon, unlocked, for about $260, and use it for Wi-Fi calls using Skype, Line2, or another Wi-Fi calling app. There’s also an application called GrooVe IP ($3.99) that claims to let you make Wi-Fi calls using Google Voice for Android—interesting, although I should note that I haven’t tried it yet.

Have more questions about Wi-Fi calling, or additional suggestions for Sabrina? Let us know!