iPad tip: Add more (or take away) apps from the home-screen app tray

When you first got your iPad, it probably came with four apps sitting in a tray at the bottom of the home screen: Messages, Safari, Mail, and Music.

But here’s the thing: Not only can you swap in new apps to replace any or all of your existing “favorite” apps, you can also add more apps—up to six—to the tray itself. 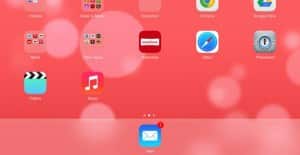 Want only one app—or none at all—in your iPad’s app tray? No problem.

And if you want just three, two, one, or even no apps in the app tray, you can do that, too.

You can also swap and remove apps from the iPhone’s app tray, but you can’t have more than four sitting there at the same time.