Mac tip: What’s this icon on my desktop, and how can I hide it? 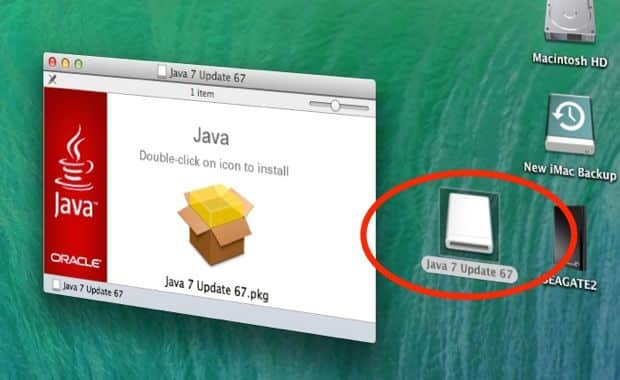 Nancy writes: I recently purchased a MacBook Air and realized it did not come with Java, which I need to play games on POGO.com.

I downloaded the most recent Java for Mac and there were icons for these downloads placed on my desktop. Presumably, these applications were downloaded to my hard drive, although Finder just shows them under Devices. 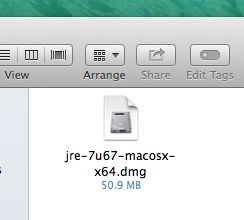 Once you double-click a “.dmg” file, it’ll mount itself on your system—and that’s when you’ll see the icon that looks like a disk drive.

Surely there is a way to hide them from view. I would drag them to the trash, but I’m afraid that would delete the files altogether.

I was fairly proficient on my MacBook Pro, but this Air has got me a little rattled!

What you’re seeing on your desktop is a “disk image”—a virtual disk drive (or “volume”) that’s been “mounted” onto your MacBook Air’s desktop.

When you downloaded Java for Mac, the file probably arrived on your system with a “.dmg” extension, as well as the image of a hard drive stamped on its file icon.

Once you double-click the file, it’ll mount itself on your system—and that’s when you’ll see the icon that looks like a disk drive. The new volume will also appear in the Finder window under “Devices,” as you mentioned. 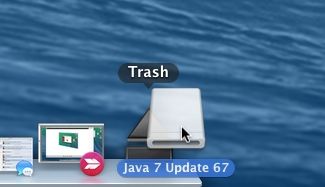 Is the installation process all finished? Then go ahead and drag the disk image into the Trash.

Anyway, this is all normal. Many downloads for new applications arrive as disk images, which get mounted to your desktop during installation.

Once the installation process finishes, you can go ahead and “eject” the disk image by dragging it to the Trash bin.

Feel free to trash the “.dmg” file as well, although you could always keep it as a backup if you’re so inclined.

Hope that helps, Nancy. Still have questions? Let me know!

Nancy replied: “Yes, it worked! I was thinking I could do that, but as I said previously, I’m still a little skittish on this new Air.”