RIM: Only a “small number” of faulty PlayBook tablets in hands of customers 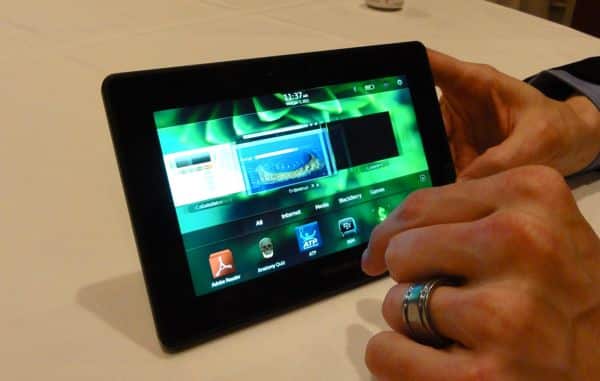 BlackBerry maker Research in Motion is doing its best to downplay reports that about 1,000 PlayBook tablets with buggy operating systems managed to make their respective ways onto store shelves.

CrackBerry got the official word from RIM on Sunday, with the company noting that only a “small number” of defective PlayBooks actually made it into the hands of customers, with the “majority” still sitting in stores or retail channels.

The story of the glitchy PlayBooks first broke over the weekend, with Engadget snagging a recall notice from Staples that include serial numbers for about 900 of the BlackBerry tablets (the 16GB version, to be precise).

The problem with the faulty PlayBooks: apparently, they shipped with a version of the QNX-based OS that “may result in the devices being unable to properly load software upon initial set-up,” according to RIM, which is urging anyone with a stricken tablet to contact the company.

The de-facto recall represents yet another black eye for the PlayBook, which debuted last month to less-than-stellar notices. (See here, here, and here, for starters.) Reviewers mainly dinged the PlayBook for its reliance on a tethered BlackBerry handset for such basic productivity apps as e-mail, calendars, and contacts—you know, the very things that most hard-core BlackBerry users depend on.

Still, PlayBook sales are reportedly solid despite the iffy reviews, and CrackBerry correctly notes that the latest recall is “not a big deal,” considering we’re only talking about 1,000 tablets here.