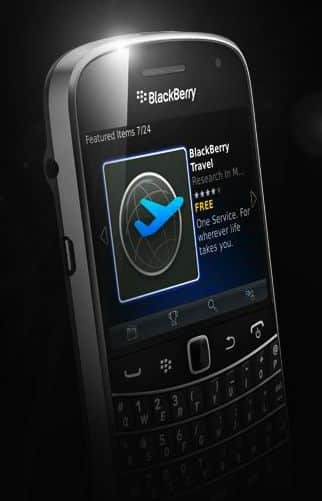 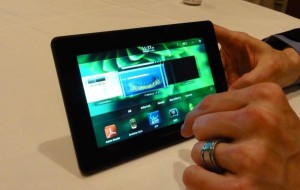 Oh, how the mighty have fallen. It wasn’t all that long ago that Research in Motion, the Canadian company behind the legendary BlackBerry, ruled the roost when it came to smartphones. But now RIM is hanging on for dear life, having suffered a one-two punch courtesy of Apple’s iPhone and Google’s Android platform.

The beleaguered BlackBerry maker posted its results for the first quarter of the year Thursday, and yes, they’re grim.

I’ll spare you the numbers; suffice to say that sales are sluggish, profits are shrinking, layoffs are on the way (no word on how many yet), and Wall Street analysts aren’t thrilled with what they’re seeing. Even worse: RIM appears to have another “bleak” quarter on its hands (as MocoNews puts it).

So, wait: is BlackBerry in trouble? Not according to RIM’s dual CEOs, who are pinning their hopes on a pair of new and upcoming devices.

First, there’s the just-released PlayBook tablet (pictured above), which has sold 500,000 units so far—puny compared to the whopping four-million-plus iPads sold last quarter, but not bad compared to the PlayBook’s non-iPad competitors (and despite some iffy reviews). 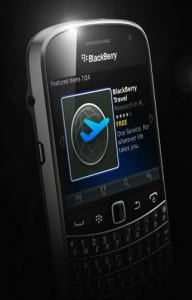 Next, we have the upcoming BlackBerry Bold 9900, the first traditional-looking BlackBerry (yes, complete with the classic RIM keypad) to arrive with a touchscreen, not to mention a revamped version of the BlackBerry operating system (OS 7, to be precise).

But here’s the thing: will the PlayBook tablet and the new touchscreen Bold be enough to get Research in Motion back in the game against the iPhone and a growing army of Android phones?

If not, that BlackBerry in your purse or wallet may eventually end up going the way of the Sony Walkman.