Unlocked iPhone on tap for Wednesday? (And what’s an “unlocked” phone?) 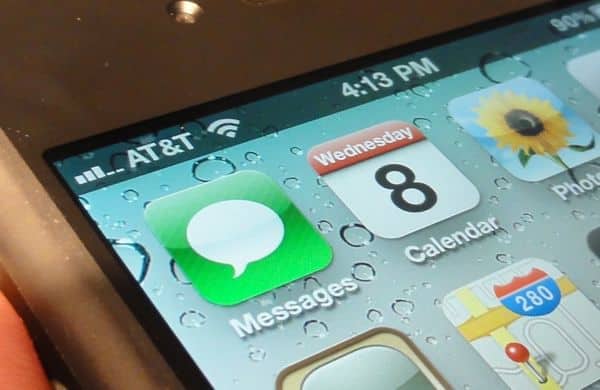 The Apple rumor du jour has it that the U.S. will finally be getting an unlocked version of the iPhone 4 later this week. Before I launch into the details, though, you might be wondering: what is an “unlocked” phone, anyway?

So, here’s the thing: Any cell phone you buy directly from a carrier—be it AT&T, Sprint, T-Mobile, or Verizon Wireless—has been programmed to work only on that carrier.

That means, for example, that you can’t take your iPhone from AT&T, replace the little plastic SIM card (a thin, removable chip that identifies a phone on a carrier’s network) in the phone with a T-Mobile SIM card, and start making calls on T-Mobile’s network.

An unlocked cell phone, on the other hand, isn’t married to a particular network—and that means you can swap in a SIM card from any carrier, on the fly.

So, when would an unlocked phone come in handy? At home, you’d be able to switch from AT&T to T-Mobile at a moment’s notice. Even better, globetrotters could skip pricey international calling plans in favor of cheap, pre-paid SIM cards available at local convenience stores. 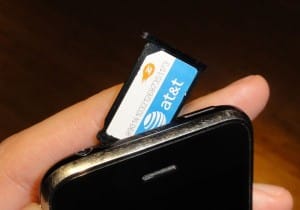 An AT&T SIM card in an older iPhone 3GS. On the iPhone 4, you'll find the SIM card slot on the right side of the handset.

Wondering why I haven’t mentioned Sprint or Verizon yet? That’s because those two carriers use a cellular network technology called CDMA, which doesn’t use removable SIM cards. Instead, CDMA phones must be specifically programmed to work on a specific carrier—and unfortunately, that means our whole “unlocking” discussion doesn’t really apply to them.

(By the way: CDMA networks, like those run by Sprint and Verizon, are incompatible with the other main variety of cellular networks, GSM. So, for example, don’t ever expect to get your GSM-based AT&T iPhone to work on Verizon’s CDMA network.)

So, back to the unlocked iPhone rumor. 9 to 5 Mac is reporting that Apple might—just might—be releasing an unlocked version of the iPhone 4 on Wednesday.

Both black and white flavors of the 16GB and 32GB iPhone 4 may be going the unlocked way, 9 to 5 Mac claims.

Apple has been selling unlocked iPhones abroad for some time, but we’ve yet to see any available here in the States.

How much would an unlocked iPhone cost? Brace yourself. Because unlocked cell phones are sold without two-year service contracts, you won’t get the benefit of carrier subsidies—so instead of $200 or $300 for an AT&T or Verizon iPhone 4, an unlocked may set you back $600 or more. Ouch.

Anyway, I’ll be keep my eyes peeled for any official word on Wednesday (and keep in mind, rumors about an unlocked iPhone for the U.S. have come—and gone—before). Stay tuned.

Have any questions about unlocked phones? Let me know!