The latest trend in phones and tablets: No more “Home” button 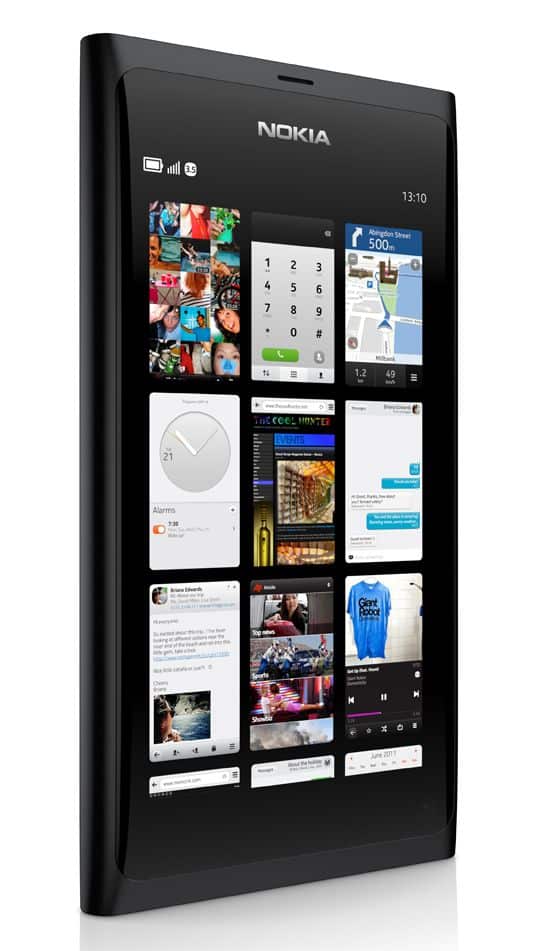 The upcoming Nokia N9, with no "Home" key in sight.

It wasn’t all that long ago that Apple shocked the wireless world with the first, practically buttonless iPhone—well, save for the prominent “Home” key just below the touchscreen.

Now, some of the biggest players in mobile gadgets are looking to take Apple’s almost button-free design a step further, with tablets and phones (including Nokia’s just-announced N9 smartphone) that throw the “Home” key out with the bathwater.

Earlier this year, Google and Motorola announced the first in a new wave of Android-powered tablets: the Motorola Xoom, which one-ups the iPad by ditching the physical “Home” key in favor of a clean, button-less front panel.

Replacing the standard home key: a trio of icons in the bottom-left corner of the display that let you pull up a list of running applications, go “back,” and yes, return “home.”

Then came whispers of the as-yet-unconfirmed Nexus 4, a handset said to be the latest in Google’s line of Android-powered “Nexus” smartphones. Among the Nexus 4’s rumored features? You guessed it: a new design that jettisons all four of the standard Android hardware buttons, including the “home” key.

And on Tuesday, we got word of the latest phone to go buttonless: the Nokia N9, yet another sleek smartphone with no front-facing buttons at all. To go “home” on the N9, you touch the edge of the touchscreen and then swipe across, while swipes in other directions take you to the N9’s social networking and multitasking screens.

Of course, most of the devices I just mentioned still have at least a few hardware buttons; for example, the Motorola Xoom tablet has a power button in back and a volume rocker sitting on its spine.

At some point, though, I fully expect to see a touchscreen phone or tablet with no buttons at all—just a gleaming, featureless black slab, like the monolith in “2001.”

But here’s the question: Are gadget manufacturers taking the whole “let’s toss the buttons” thing too far? Isn’t it possible that, you know, some of us still like have a real “Home” button?

Any thoughts? Post ’em below, or send me an email; I’m all ears!