Would you pay more than $1 a night to rent Redbox DVDs? (poll) 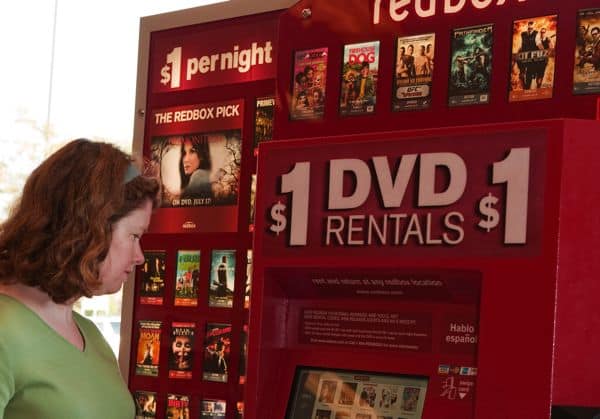 Redbox is known far and wide for its ubiquitous red kiosks, not to mention its $1-a-night DVD rental policy. But the video rental giant is—once again—tinkering with raising prices, with a new test in Portland, Ore. hiking the price for a night’s DVD rental to $1.15. How much more would you be willing to pay?

This isn’t the first time that Redbox has experimented with boosting its magic buck-a-night price point for DVD rentals. Back in 2009, the Coinstar-owned video kiosk company tried charging customers in selected markets $2 for the first night, followed by $1 a night thereafter.

This latest test in Portland appears to be another isolated trial, reports Home Media Magazine, adding that Wall Street analysts seem confident that Redbox customers wouldn’t boycott the kiosks over such a modest price hike.

Personally, I think Redbox is nuts to mess with its main selling point: a buck a night for DVDs! That said, the prospect of padding the bottom line by raising DVD rental prices must be a tempting one. (By the way, Redbox also rents Blu-ray discs for $1.50 a night, while video games are $2/night—and those prices appear to be locked.)

Redbox is also facing pressure from Hollywood movie execs, who have complained bitterly that Redbox’s low prices have undercut DVD sales. Redbox has since inked deals with most of the big movie studios that involve 28-day delays before it can offer their latest releases in its DVD kiosks.

So, would be willing to pay more than a buck a night to rent DVDs at Redbox kiosks? Cast your vote below!