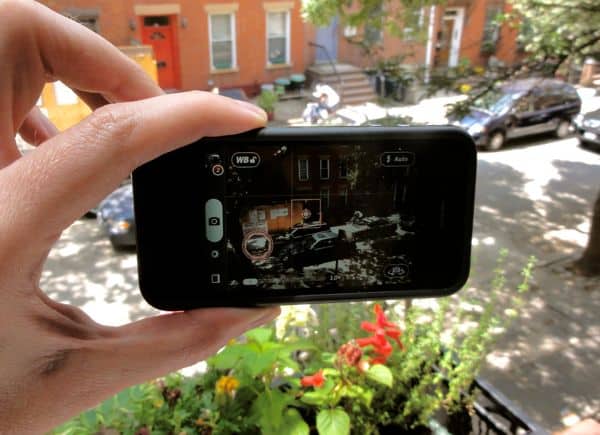 Mark writes: I finally pulled the trigger on a VZW iPhone. I was wondering if you had any thoughts on better camera apps than the stock one on the iPhone 4 and if it makes sense to get anything considering the enhancements in the iOS 5. Thanks.

Hi Mark! It’s true that the upcoming revamp of the iPhone system software will add a series of enhancements to the built-in camera app, including red-eye reduction, an auto photo enhancer, grid lines to help compose your subjects, and an image-cropping tool.

But even the new-and-improved iPhone camera app is still pretty basic—good for those who want to squeeze off snapshots with a minimum of fuss, but not so hot for anyone who’s interested in adding a little polish to their photos.

Now, just to be clear, I’m no Ansel Adams myself—indeed, I’d be hard-pressed to tell you the difference between an f-stop and a bus stop.

But I do like taking photos that look good, and there are a dozens of solid—and cheap—iPhone photography apps that go above and beyond Apple’s bare-bones camera application.

Here are five of the best iPhone photo apps to get you started (and this list is by no means comprehensive, by the way).

Camera+
This $1.99 app should probably be your first stop. Like the new camera app in iOS 5, Camera+ features grid lines in the viewfinder to help you make pleasing compositions, and you can also crop snapshots once you’ve taken them. 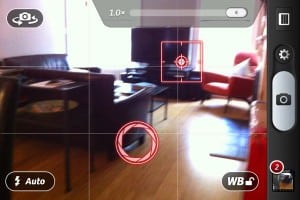 But Camera+ adds several other powerful features, including “scene” modes (like “cloudy,” “shade,” “fluorescent,” and “sunset”) that enhance your photos depending on the lighting conditions; a white-balance reticule that lets you manually adjust for darker or lighter areas in the viewfinder, separate from the focus icon; a timer; an image stabilizer; a rapid-fire “burst” mode; a more than a dozen color filters; and 10 custom borders. Once you’re done snapping, you can share your photos on Facebook, Twitter, or Flickr. Good stuff.

ProCamera
Similar to Camera+, but with even more features, including a “ProLab” post-processing area where you can tweak brightness, contrast, and saturation settings individually.

At $2.99, ProCamera is a bit pricier than Camera+, and the two app share many features, so you probably wouldn’t want to get both; instead, investigate each first, then pick the right one for you.

Photoshop Express
This free photo-editing app from Adobe doesn’t include any viewfinder features; instead, it’s focused (no pun intended) on tweaking the snapshots that are already in your camera roll.

You can crop, straighten, rotate, and flip photos, as well tinker with exposure, contrast, and saturation settings; a handful of color filters and borders are also available.

Overall, pretty basic, and not nearly as polished as Camera+ or ProCamera; that said, the price is right. 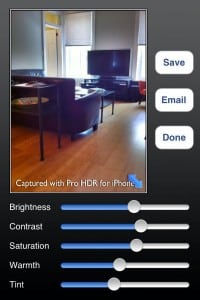 The iPhone already has its own, built-in HDR (short for “high dynamic range”) feature, which automatically takes a series of photos in quick succession, analyzes the darkest and brightest spots of each picture, and combines the images into a single shot with a more even exposure.

Pro HDR ($1.99) gives you a more hands-on approach to HDR photography, allowing you to manually pick the darkest and lightest areas of a scene, while slider controls let you adjust brightness, contrast, and other image settings.

Magic Shutter
Need to take photos in low-light situations, or want an arty shot of the city with shimmering skyscrapers and streaking car headlights? Check out Magic Shutter, a $2.99 app that lets you take long-exposure shots, with shutter speeds ranging from a second or two to … well, as long as you want.

Have any other questions about taking photos with your iPhone—or do you have other photo app suggestions to share? Let me know!