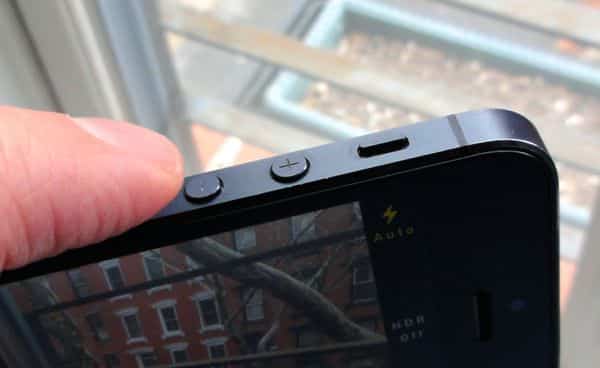 Wish you could snap an iPhone or iPad photo by squeezing an actual button? Want to take a “burst” of pictures rather than just one? Or maybe you’d rather pick the focal point of your snapshot rather than letting your iPhone do it for you?

Read on for four gotta-try iOS 7 camera tricks, starting with…

1. Lock the focus and exposure

As you aim your iPhone’s (or iPad’s) camera lens, the camera works continuously to find the perfect focal point. Once it homes in on a spot (that’s what the little yellow box in the viewfinder is all about), the camera goes ahead and picks an appropriate exposure level. 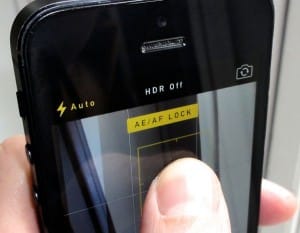 Tap and hold to lock the focus and exposure for your iPhone’s (or iPad’s) camera.

You may already know you can pick your own focal point by tapping anywhere on the screen while you’re framing a shot. (If you didn’t know that, well…give it a try!)

What you may not know, though, is that you can lock both the focus and exposure by tapping and hold a spot in the viewfinder. When you do, the yellow box that designates the focal point of your snapshot will pulse, and an “AE/AF LOCK” flag will appear in the viewfinder.

Now, go ahead and aim your iPhone/iPad camera at something else. No matter where you point it, the focus and exposure will remain locked in place.

Thanks to iOS 7, the iPhone and iPad camera now boasts a “burst” mode—that is, the ability to take a quick succession of photos, perfect for capturing a fleeting moment. 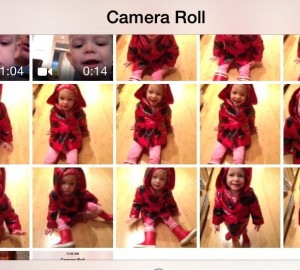 Tap and hold the shutter release for a “burst” of snapshots.

The latest iPhone model, the 5S, comes with a souped-up burst mode, capable of snapping an impressive 10 frames a second.

Some older iPhones and recent iPads can also do the burst-mode trick, albeit at less than half the speed that the 5S can. (My iPhone 5, for example, takes about four shots a second in burst mode.)

All you have to do is tap and hold the shutter release—and when you do, your iPhone/iPad will start snapping photos at a furious rate.

Done snapping your burst of photos? Just let go of the shutter release.

3. Take a picture with one of the volume buttons

Miss squeezing an actual shutter release when you’re taking photos with your iPhone or iPad?

If tapping the on-screen shutter control isn’t quite doing it for you, try this: press one of the physical volume buttons on the side of your iPhone or iPad. 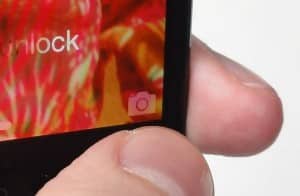 Tap, hold, and swipe up on the icon to launch the camera from your iPhone or iPad lock screen.

4. Launch the camera from the lock screen

Is something beautiful happening right before your eyes, all while your iPhone is hidden away in your pocket?

Never fear. Thanks to the camera shortcut on the iPhone or iPad lock screen, you may still be able to capture the moment.

You’ll find the camera-shaped icon sitting in the bottom-right corner of the lock screen. Just tap and hold it, then swipe up. When you do, the camera viewfinder will slide into view.

The camera shortcut will work even if your iPhone or iPad was locked with a passcode. That said, you’ll only be able to edit, view, and/or delete the photos you just took. Your other photos—as well as the home screen and all your other apps—will remain hidden until you successfully enter your security PIN.