The smartphone that turns into a PC—almost 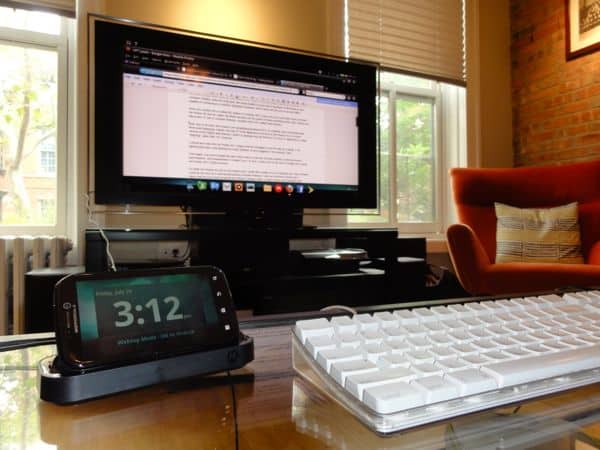 Seems like only a matter of time before the smartphones in our pockets become as powerful as the PCs on our desks, right? Well, a new Android handset from Motorola demonstrates just how quickly the latest and greatest smartphones are closing the gap.

The Motorola Photon 4G (available from Sprint on Sunday, July 31, $199 with a two-year contract) boasts many of the same features as its bleeding-edge Android competitors, including a huge, razor-sharp display, dual cameras (including one for video chat), and a super-fast, dual-core processor (meaning two processors on a single chip, good for speedier and more efficient performance).

What sets the Photon 4G apart, though, is its optional, $99 multimedia dock accessory, which comes with an HDMI video output and a trio of USB ports. (A similar dock is available for the Motorola-made Atrix 4G, available on AT&T.) 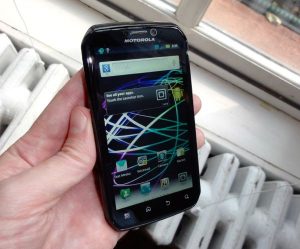 The dock’s video outlet lets you connect the Photon 4G to any HDMI-enabled HDTV or computer monitor, while the USB ports will easily handle a mouse and a keyboard. (The Photon is also capable of connecting to a wireless Bluetooth keyboard, which Sprint will sell you for an extra $69.)

Once you connect the so-called “HD Station” dock to a nearby HDTV—say, the one in your hotel room—and slide the Photon 4G into its cradle, the phone will give you the option of doing something pretty neat: turning your big-screen TV into a computer desktop, complete with a PC-caliber web browser.

Now, just to be clear, don’t expect your smartphone-powered HDTV to suddenly start running Microsoft Word and Photoshop. Indeed, the only PC-level application you’ll find on the Photon 4G is a custom version of the Firefox web browser—which is probably why Motorola named the Photon’s PC-on-a-TV application “WebTop” rather than, say, “PC Desktop.”

I should also note that the Photon 4G’s Firefox browser managed to surf the web at a steady, if not lightning-fast pace, while opening too many windows at once triggered a “low memory” alert.

Then again, you could do things like play Flash videos on the full YouTube website, or edit documents, presentations, and spreadsheets in Google Docs—in fact, I wrote most of this post in Google Docs using the Photon 4G’s Firefox browser.

And if you want to dive into regular smartphone apps, you can always do so using a windowed or full-screen “Mobile View” app.

So while the Photon 4G and its HD Station dock certainly don’t qualify as a PC-replacing duo, they could do the trick for a hotel-bound business traveller looking to catch up on email or spruce up a report—and all you’d need in your suitcase would be the Photon’s compact dock, a travel mouse, and a portable USB keyboard.

Very nice—and given what phones like the Photon 4G can do today, just imagine where we might be in a few more years. Maybe the days of us carrying around PCs in our pockets aren’t so far off after all.