Google to buy Motorola: What it means to you 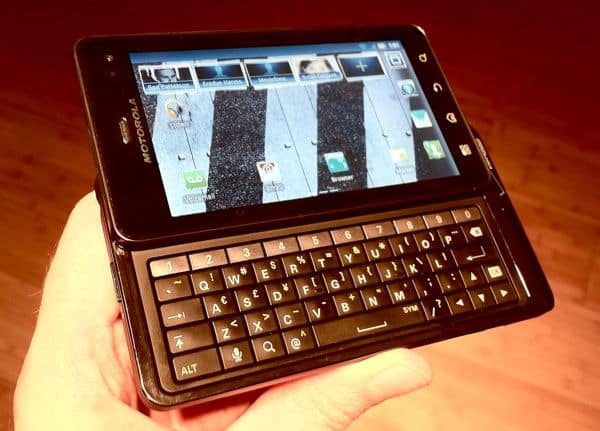 Apple’s biggest competitor in the smartphone market is poised to buy Motorola, the legendary handset maker behind the Motorola Droid and—once upon a time, anyway—the stylish Razr and the old-school StarTac.

It’s huge news in the business of tech, of course—but what about for the rest of us? Is the Motorola brand name going away? Will Google become the only company making Android phones? And when will all the changes begin to happen?

Now, hold on a minute. I thought Google already made smartphones!
Well, yes and no. Google makes the Android mobile operating system—that is, the software that powers each and every Android smartphone on the market. Google then licenses its Android platform to third-party manufacturers (think Motorola, Samsung, LG, and HTC) that build the actual phones.

So, did Google just jump into the smartphone manufacturing business now that it’s buying Motorola?
Yes indeed—for a cool $12.5 billion in cash.

Does this mean the end of Motorola?
Apparently not, with Google CEO Larry Page promising that Google will run Motorola as a separate business that will continue to license the Android operating system. That being said, I’m sure Google will be taking a direct hand in the development of Motorola’s upcoming Android smartphones.

But what happens to those of us who like the Android phones built by other companies, like HTC and Samsung?
Google says that even with its planned acquisition of Motorola, the Android platform will remain “open”—meaning that LG, HTC, and Samsung (among other manufacturers) will continue to make their own Android phones.

When is all this going to happen? Today?
Nope. This morning, we’ve only seen the first step—that is, Google announcing that it’s reached an agreement to acquire Motorola (or Motorola Mobility, to be precise) for a set price ($40 a share, a 60 percent premium over Motorola’s stock price at the end of business Friday). The deal must still win the approval of Motorola’s shareholders and federal antitrust regulators, a process that will take months. Google says it hopes the acquisition will be finalized by the end of this year or early next.

What’s all this business about Google, Motorola, and patents—and do I care?
When they’re not building phones, the big players in the smartphone business—including Apple, Google, Microsoft, Nokia, HTC, you name it—are busy filing lawsuits, with each accusing the others of stealing their best smartphone ideas. By buying Motorola, Google is getting more than just a portfolio of phones: it’s also getting all of Moto’s patents, bolstering its case against Apple and any other … hey, still listening?

Sorry—I was taking a mini-nap. Too inside-baseball for me.
Yep, I don’t blame you. If you’re really curious about the whole smartphone patent battle, you can read all about it here.

Last question: Is the the Google-Motorola deal good for those of us just looking for the best phones?
Too early to tell, if you ask me. On the one hand, it will surely ratchet up its competition with Apple—and more competition usually means more innovation, and thus better smartphones.

On the other hand, one of the best qualities of the Android platform is that there’s more than one company making Android phones. The Google-Motorola deal will almost certainly shift the balance of power in the Android handset market—and a dominant, Google-owned Motorola might not be the best thing for us consumers, at least as far as competition goes.

For now, though, it’s wait-and-see time.

Have more questions about the Google-Motorola news? Ask me anything!