HDTV shopping tip: Bring your own DVD (or Blu-ray) disc to the TV store 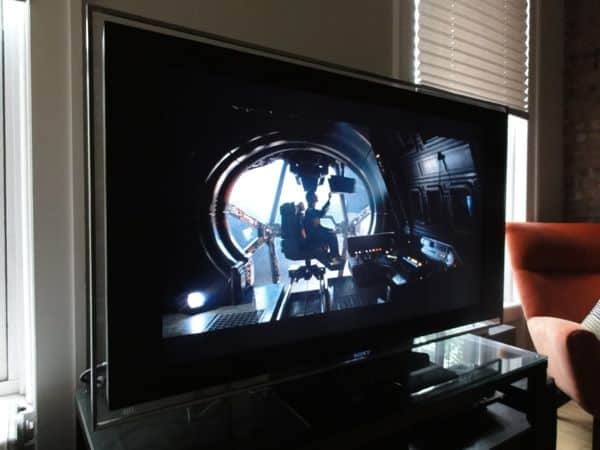 Bright, beautiful images of hot-air balloons and flamingos sure look pretty, but they won’t help you judge the quality of an HDTV screen.

Instead, the best torture test for an HDTV is a dark scene—as dark as possible. Think movies like “The Matrix,” or “Alien,” shows like “CSI,” or any night scene from one of your favorite DVDs or Blu-ray discs.

Bring your disc to the TV store, and once you’ve pinpointed an HDTV you’d like to test-drive, ask the salesperson to queue up the darkest chapter.

Then, watch the scene carefully (and if you can eye each set in a darkened demonstration room, all the better). Can you see the details in the shadows, or does everything fade into a gray, washed-out blur?

What you’re looking for here is an HDTV with a good contrast ratio—that is, a wide range between the brightest spots on the screen and the darkest spots.

On an HDTV with a great contrast ratio, even the darkest scenes will “pop”, while the same scene on a weaker set will look uniformly gray and indistinct, with all the detail melting into the background.

And remember, if you check out more than one HDTV (and you should), make sure to use the same test scene over and over for comparison’s sake.

Bonus tip: TV manufacturers will often tout impressive-sounding contrast ratios—like “1,000,000:1″—for their various sets. But each TV maker has its own standard for coming up with those figures, which renders any comparisons meaningless. Annoying, I know.

Check out my cheat sheet for first-time HDTV shoppers for more shopping tips and tricks.