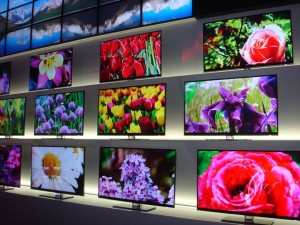 So you’re browsing the aisles at your local big-box retailer, shopping for a big, beautiful HDTV, and you’re stumped.

Well, with the help of the aptly named HDTV “model decoder” from online shopping site Retrevo, we can tell that the first set is the more recent model, while the second is from last year.

The Retrevo guide, which you can easily print out and take with you the next time you go HDTV shopping, also tells us that “UN” stands for an LCD display with LED backlighting (for sharper contrast and deeper, darker black levels), the “60” refers to screen size, and the “6500” at the end means Samsung’s 6000 Series, a line of HDTV sets that includes features like built-in Wi-Fi and Internet-enabled “Smart TV” widgets.

Last but not least, the guide lists alternate model numbers used by such big-box retailers as Costco, Sam’s Club, and Best Buy—a gambit the big stores use to skirt price-matching policies, Retrevo notes.