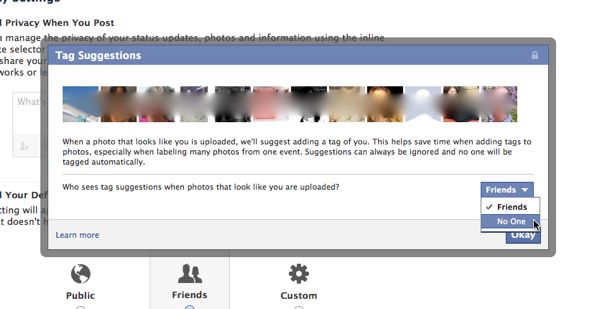 The so-called “Tag Suggestions” feature (which was launched back in June 2011) won’t automatically tag you in a friend’s photo, but it may suggest your name as a tag to your snap-happy Facebook pals.

While switching off “Tag Suggestions” will keep Facebook from suggesting your name as a photo tag, it won’t prevent other Facebook users from tagging you in a picture by hand.

That said, you can at least get a chance to look at tagged photos of you before they pop up in your timeline.

The secret? Turning on Facebook’s “Timeline Review” feature. Here’s how.

Note: This updated and revised tip was originally published in June 2011.