How big is a gig, gigabyte, GB, anyway? 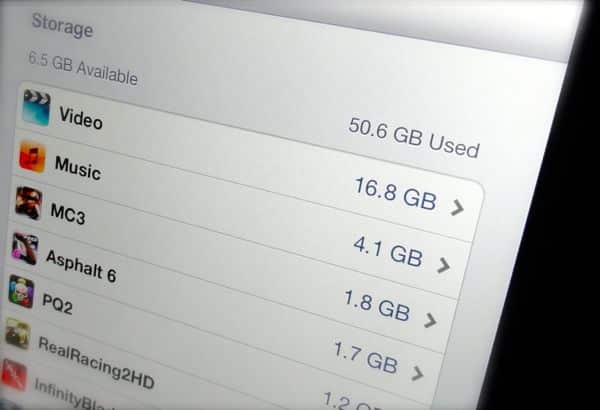 Not quite sure how big a gigabyte (a.k.a, gig or GB) is? And just what is a gigabyte, for that matter? You’re not alone.

A gigabyte is a unit of digital storage—proportionally similar to, say, a gallon of gas in your car, or a cup of rice in the kitchen.

OK, but how much stuff fits in a single gigabyte/GB? A few examples include:

Keep in mind, of course, that episodes of “The Good Wife” won’t be the only thing saved in your smartphone’s memory. Most likely, you’ll have a potpourri of photos, videos, music, apps, email messages, contacts, and other items, not to mention your phone’s operating system. Add all those digital goodies together, and you may end up filling your phone’s storage more quickly than you’d think.

So, if a gigabyte is a hefty unit of digital storage, what’s the very smallest unit of data?

If you were to ask me, for example, “Is your name Ted?”, then my answer—”no”—would give you (literally) a single bit of information about my name.

Alright, got your calculator ready?

Take eight of those zero-or-one, yes-or-no “bits,” put ‘em together, and you get a single byte—a unit of data that’s considerably more complex than a bit, yet still a mere speck in the grand scheme of digital storage.

How big is a kilobyte?

Consider this: it takes about 20 kilobytes/KBs of memory to store a single, text-only email message.

Next, take 1,000 kilobytes, toss ‘em in a bucket, and you end up with a megabyte (MB)—and now we’re finally getting somewhere.

With a single megabyte of memory, you can store about three average-size webpages—or one quarter of a your average, ten-megapixel digital photo. A typical song from iTunes, meanwhile, weighs in at about five MB, while the Facebook app for iPhone takes about 10 MB of storage.

Last but not least, grab a bundle of 1,000 megabytes and we’re back to a gigabyte (GB).

Sounds good—but what does a GB mean when it comes to choosing a smartphone data plan? After all, AT&T only lets its subscribers consume 2 GB of data a month for its $25 “DataPro” plan, while Verizon recently capped its $30 smartphone data plan to two GB a month.

Well, a GB of smartphone data is good for…

Again, remember that you won’t only be, say, streaming video or sending email on your smartphone, so bear that in mind as you do the math on how much smartphone data you’ll need each month.

Have more questions about all things KB, MB, or GB? Let me know!

(Many thanks to the Clicker blog and AT&T’s Data Calculator for their facts and figures on smartphone data use.)

Note: This updated and revised post was first published in July 2011.