Are you paying too much for smartphone data? 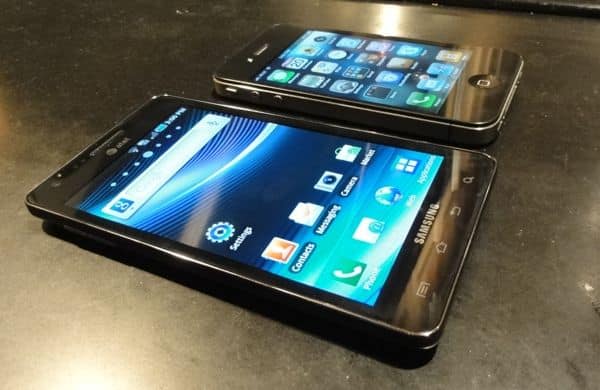 Unless you’re on Sprint, there’s a good chance your cell phone carrier has you on a short leash when it comes to speedy wireless data.

Indeed, most carriers now limit, or “cap,” their 3G and 4G data plans at levels ranging from 200 MB to 10 GB a month, and they’ll charge you extra if your creep over your monthly limit. (Not sure how big a megabyte or a gigabyte is? Click here for help.)

But here’s the thing: according to a recent Consumer Reports survey, you might actually be using a lot less smartphone data than you think—and that means you may be paying more on your data plan than you need to be.

Indeed, the survey found that the average smartphone user on, say, AT&T, used only about 360 MB of data a month—a figure that’s skewed by a “small percentage” of data hogs downloading huge amounts of data onto their phones.

When considering only “median” smartphone data use (that is, the largest group of users smack in the middle of the range), the figure for monthly AT&T data usage falls to a mere 120 MB.

That means the typical AT&T subscriber could safely downgrade to the carrier’s $15, 200 MB-a-month “DataPlus” plan with room to spare.

The median Verizon Wireless smartphone user consumed slightly more data than those on AT&T—think 158 MB a month rather than 120 MB, according to Consumer Reports. Meanwhile, median data use on T-Mobile was a mere 48 MB a month.

Surprised? I certainly was, although I figured that my own smartphone data use was probably somewhat above the mean.

Well … turned out I was only half-right. Logging into my account over the AT&T web site, I found that I’d used less than 100 MB of data a month for February and March, and just a little more than 200 MB each in April and May. In June, my iPhone 3G data use slipped to about 150 MB, although it skyrocketed to a whopping 923 MB in July—but only because I’d been performing a little 3G battery-drain test.

So, what does all this mean to you? Well, consider checking with your carrier to see how much wireless data you’re really using each month. You can log into your account online, or just call and check with customer service.

Once you’ve figured out how much data you’re using each month, check out your carrier’s data-plan options.

Using less than 200 MB of data a month? Maybe you should switch to a cheaper 200 MB smartphone plan, provided your carrier offers one. (AT&T and T-Mobile do, for $15 and $10 a month, respectively; Sprint and Verizon don’t; check out this post for more details.)