When will your smartphone carrier throttle your data? AT&T, Sprint, T-Mobile, and Verizon compared 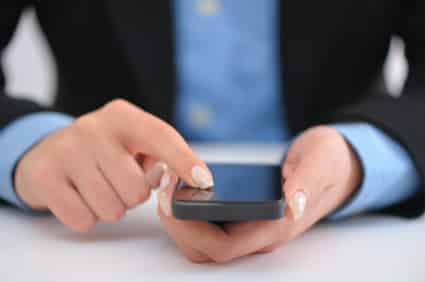 Jed writes: I’ve been reading stories in the news about AT&T supposedly throttling users who use more than 2GB of data. I’m signed up for AT&T’s 2GB plan, so does that mean the data on my iPhone will get throttled if I go over my monthly limit? And what does “throttling” really mean?

Greetings, Jed, and glad you asked. First things first: when it comes to cell phones, “throttling” refers to the practice of a carrier intentionally slowing your wireless data speeds—usually because your carrier thinks you’re using too much data.

So, how much data is too much? That depends, of course. Most carriers say they’ll only throttle their heaviest data users, but stop short of setting a hard and fast limit—more on that in a moment.

And what happens if you do get throttled? Well, expect your carrier to restrict your smartphone to 2G data speeds—in other words, think the speed (or lack thereof) of an old dial-up modem. Once your next billing cycle begins, the leash will (generally) come off.

So, what are the respective throttling policies for the big four U.S. carriers? Let’s start with…

AT&T
Since October 2011, AT&T has been throttling the “top 5 percent” of its heaviest data users—but only for those users who have been grandfathered into AT&T’s old unlimited 3G plan, which is no longer available for new subscribers.

Since you’re on a “tiered” 2GB plan rather than an unlimited plan, Jed, you don’t need to worry about getting throttled for exceeding your 2GB monthly data limit. That said, you’ll still have to pay an extra $10 for every gigabyte you use above and beyond your 2GB data plan.

For those of you who still are on AT&T’s unlimited 3G plan, recent reports suggest you may be tagged as a “heavy” data user—and thus, subject to throttling—after using as little as 2GB of data within a billing cycle, which doesn’t leave much room for streaming music or video. Don’t like the threat of being throttled? Simple, AT&T says: just switch from an unlimited plan to one of its tiered data options.

Sprint
The last of the four big U.S. carriers with an unlimited 3G data plan swears up and down that it won’t throttle you under any circumstances, although there are some disgruntled subscribers who claim otherwise.

Keep in mind, though, that Sprint reserves the right to “deny or terminate service for any misuse or any use that adversely affects network performance.”

What constitutes misuse? Using your smartphone as a wireless modem without the proper tethering plan would probably qualify, as well as using heavy amounts of data while “roaming” on another network.

T-Mobile
Unlike AT&T and Verizon (which we’ll be getting to next), T-Mobile won’t charge you extra for exceeding your monthly data limit; instead, it’ll throttle your data to 2G speeds until your current billing cycle is up. In other words, throttling is less of a punishment for T-Mobile users than it is business as usual.

Verizon Wireless
The “Big Red” carrier claims it doesn’t throttle anyone. Instead, Verizon says, it employs “Network Optimization”—a system that uses “network intelligence” to slow down the data speeds of its heaviest users only “when necessary” rather than for the remainder of a billing cycle.

Anyway, Verizon may throttle any subscribers who are a) grandfathered into its old unlimited 3G smartphone plan (no, 4G LTE users won’t be affected), b) among the “top 5 percent” of data users in a month, and c) connected to a “congested cell site.”

How much data is too much? About 2GB or so, Verizon says, although that figure is subject to change. To find out if your data speeds are being slowed, you’ll need to check for a notice on your bill, or on the home page of your online Verizon account.

Hope that answer your questions, Jed. Have more? Post ’em in the comments below.