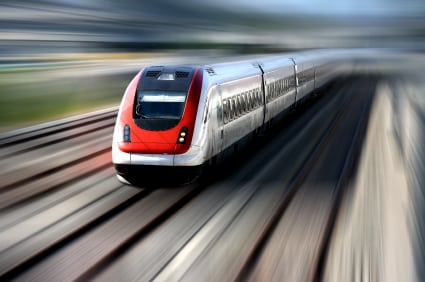 Georgia writes: All the carriers keep going on and on about 4G. Um…what is 4G? I’m assuming it’s at least 1G better than 3G, not that I’m all that clear on 3G, either. Can you clear it all up for me?

Hello Georgia! When it comes to cell phones, “4G” stands for fourth-generation cellular networks. What’s so special about 4G networks, you ask? One word: speed.

We’re talking fast enough to stream video in HD, download music in a flash, and surf the web at cable-modem speed—well, as long as you have a 4G-capable phone, and assuming you’re in range of a 4G signal.

All of the Big Four carriers now offer 4G networks of one kind or another. Verizon Wireless launched its 4G LTE (short for “Long Term Evolution”) network in late 2010, while AT&T pulled the switch on its first local LTE markets in September 2011.

Sprint, meanwhile, initially based its 4G service based on another technology called WiMax (which is an offshoot of the same Wi-Fi technology used in home wireless routers); however, it has since changed course and gone the LTE way, following in the footsteps of AT&T and Verizon.

Last but not least, T-Mobile is sticking with HSPA+, an enhanced version of existing 3G cellular networks that offers 4G data speeds.

So, that’s 4G in a nutshell. But what about 3G, 2G, and even 1G cellular networks? Well, cast your mind back about 25 years or so, to the days when mobile phones were the size of barbells and cellular networks had yet to make the leap to digital.

Indeed, first-generation cellular networks did one thing, and one thing only: voice calls. You couldn’t surf the web—heck, the web hadn’t even been invented yet—much less stream video or download music. You couldn’t even send a text message. And conference calls? Forget it.

Voice calls, with a (small) side of data

But by the early 1990’s, digital cellular networks had finally arrived on the scene. These 2G networks—including both CDMA (short for “Code Division Multiple Access”) and GSM (“Global System for Mobile Communications”)—could handle both voice calls and a few modest data features, such as conference calls, caller ID, and yes, text messages.

As the 90’s drew to a close, 2G and 2.5G networks gradually added more powerful data features, including the ability to download games, ringtones and even surf the (still blossoming) blossoming World Wide Web, albeit at speeds no faster than yesterday’s dial-up modems.

Starting in the early 2000’s, third-generation cellular networks began to emerge, with most of the big U.S. carriers jumping on the 3G bandwagon by the middle of the decade.

Getting up to speed, at last

Offering data speeds four or five time as fast as their 2G counterparts, 3G networks finally made possible the features that most of us expect from a modern cell phone: speedy web browsing, downloadable music, and streaming (if sometimes choppy) video.

Which brings us back to 4G, which delivers data speeds so fast that you just might forget you’re using a cellular network.

Your mileage will vary depending on the network and your location, of course; in my recent tests with the 4G-enabled Samsung Galaxy Tab on Verizon Wireless, though, I was astounded to see data speeds that rivaled those of my home cable modem.

Needless to say, you should expect to pay up for all that 4G goodness, particularly if you exceed your carrier’s monthly data allowance; you can read up about that right here.

Still confused? I don’t blame you. Don’t be afraid to ask more questions in the comments below, or e-mail me directly.

Note: This post was updated and revised in August 2012 to reflect new developments in the 4G arena.