Will the Verizon iPhone 5 make and receive calls while you’re using it as a hotspot? 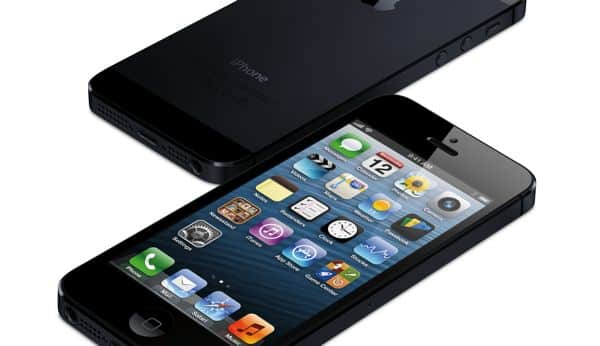 Sue writes: Currently I have AT&T but due to all the problems will be switching to Verizon in the very near future. I was told by Verizon that while using the iPhone as a hotspot that you are not able to use the phone, i.e.: make or receive calls. Is this really true? Thank you for any help you may be able to provide.

Hi Sue! You’re not the only one who’s asked me whether the iPhone 5 would finally let you talk and surf—or talk and perform mobile hotspot duties—on Verizon Wireless.

After all, iPhone users on AT&T have been able to simultaneously talk and surf over the carrier’s cellular network for years. Indeed, AT&T often uses that very selling point to keep its customers from switching to Verizon.

So, did Verizon get its talk-and-surf act together now that the iPhone 5 is on the way?

Well, bad news: the new iPhone still won’t let you make calls and use cellular data at the same time on Verizon Wireless—nor on Sprint, for that matter.

And since mobile hotspots depend on cellular data, the same limitation applies to the iPhone 5’s built-in mobile Wi-Fi hotspot feature.

(The iPhone’s hotspot will essentially go on “pause” until you hang up on a voice call.)

Now, what gives? Doesn’t the new iPhone support those speedy, new-fangled 4G LTE networks, and wouldn’t that make a difference?

First, a little background—and yes, get ready for a little jargon.

There are two main types of cellular voice networks in operation around the world: CDMA (short for “code division multiple access”) and GSM (“Global System for Mobile Communications”).

Among their many differences, GSM networks let you talk and surf at the same time, while garden-variety CDMA networks will shut off cellular data whenever a voice call comes in.

The type of voice network your iPhone uses depends on your carrier. Here in the U.S., for example, AT&T is a GSM carrier, while Sprint and Verizon Wireless both use CDMA networks.

Of course, there’s a new wrinkle this year. The iPhone 5 is the first iPhone to support LTE—short for “Long Term Evolution,” a super-fast 4G (or “fourth-generation”) data network that rivals cable modems in terms of speed.

Despite their CDMA and GSM differences, AT&T, Sprint and Verizon all have their own 4G LTE networks.

But here’s the thing: shy of a special network upgrade (and no, none of the big three U.S. carriers has deployed the upgrade yet), LTE networks only handle data, not voice calls.

That means (according to the New York Times) if you’re surfing over 4G LTE when a call comes in, your iPhone will need to switch to an older 3G (or even 2G) network to take the call.

Since older GSM networks can handle both voice and data at the same time, you’ll still be able to surf while you talk on the AT&T iPhone.

On Verizon and Sprint iPhones, however, downshifting to an older 3G CDMA network means voice only, no data—and that includes cellular data for the iPhone’s built-in mobile Wi-Fi hotspot.

OK, but why couldn’t the Verizon (or Sprint) iPhone 5 just keep using the LTE data network for data while you’re on a call, just like some Android phones can?

As the Times reports, the new iPhone would need an additional antenna to use LTE data while you’re talking over Verizon’s or Sprint’s respective CDMA networks, and it appears Apple decided to skip the extra antenna in order to streamline the iPhone 5’s internal design.

Hope that helps, Sue, and sorry to disappoint.

While neither the Verizon nor Sprint versions of the iPhone 5 will let you talk and surf over cellular networks, you will be able to talk and surf if your phone is connected to a Wi-Fi network. That’s a moot point when it comes to the iPhone’s mobile hotspot feature, however.

Have more iPhone 5 or mobile hotspot questions? Let me know!