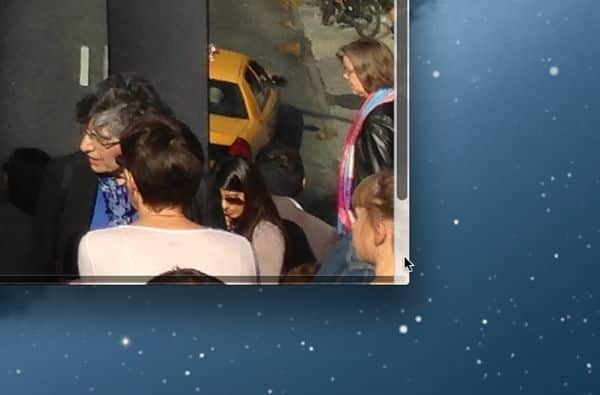 Joel writes: I have severe arthritis in my hands and I dearly miss scrolling arrows in Mountain Lion. How do I get them back?

Hello Joel! Yep, the little arrow buttons that used to flank scroll bars on the Mac desktop first disappeared in last year’s “Lion” update—along with the scroll bars themselves, actually.

Missing in action: scroll bar arrows, like the one above from an older version of Mac OS X.

While there’s a setting in both “Lion” and the more recent “Mountain Lion” Mac update that will make scroll bars more visible, the arrow buttons appear to be gone for good.

Believe me, I’ve searched high and low for a hidden feature or a reliable app that will bring scrolling arrows back to a “Mountain Lion” desktop.

Unfortunately, I’ve come up empty, and the users posting on Apple’s support forums haven’t had much luck, either.

One extreme option is to downgrade your Mac to “Snow Leopard,” the last version of Mac OS X to come with scrolling buttons.

But performing the downgrade is a lengthy process that involves erasing your hard drive—and unless you’ve got the original “Snow Leopard” installation discs handy, you’re not going to get very far.

There is a partial solution to the scroll-bar arrow dilemma, however: using the arrow keys on your keyboard.

In most cases, the four arrow keys will scroll up, down, and around the windows on your desktop with a fair amount of precision.

It’s not a perfect solution; indeed, for many document editors, using the arrow keys will move the cursor on the page rather than scroll the entire window.

But hey, it’s better than nothing.

In the meantime, users on the Mac community boards are flooding Apple with requests to add the missing scroll bar arrows back—or at least, to give users the option of turning the arrows back on if they want to.

To lodge a complaint of your own, follow this link to Apple’s Mac OS X feedback form.

And if anyone out there has a better solution for Mountain Lion’s missing scroll bar arrows, by all means—let us know!