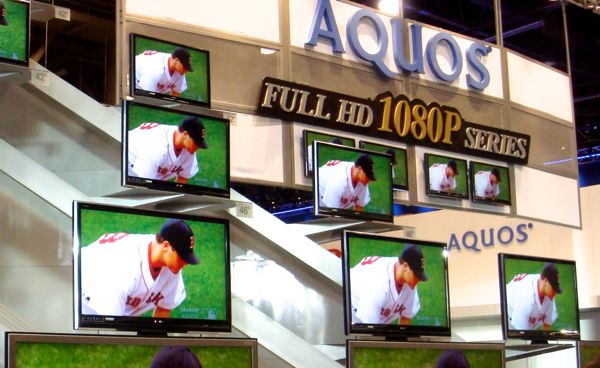 Shelly writes: Some HDTVs advertise “Hz” and others “p”. What’s the difference? I was told to get at least 120Hz for clearer pictures but Sony advertises 1080p for its TVs.

Hi Shelly! Yep, I hear you: all the numbers and abbreviations that TV manufacturers throw at you can be pretty confusing—not to mention all the features that you supposedly “must” have on your new HDTV.

Well, don’t worry; I can help clear up the whole “Hz” vs. “p” issue—and as you’ll soon see, you don’t need to pick one over the other.

What’s the story with “Hz”?

Let’s start with “Hz,” which refers to the “refresh” rate of your TV—that is, how many times per second it can refresh the image on the screen. Generally speaking, the faster your TV’s refresh rate, the smoother and less blurry the picture.

Back in the day, an HDTV with a refresh rate of 60Hz (or 60 refreshes a second) was considered pretty good. About five or six years ago, TV makers began crowing about the ultra-smooth picture of 120Hz sets; nowadays, refresh rates of 240Hz and up are all the rage.

You’ll also see HDTVs with cool-sounding features like “MotionFlow” (from Sony) and “Motion Plus” (on Samsung sets) that use their high refresh rates to artificially smooth the picture on your TV screen, resulting in images that glide across the screen with nary a judder.

Some viewers love the way movies and TV shows look with, say, Sony’s MotionFlow feature turned on. Personally, I find it unnatural and somewhat unnerving, particularly when it comes to movies (which are typically still shot and displayed at just 24 frames per second). Home video experts call the too-smooth picture generated by features like MotionFlow and Motion Plus the “soap opera” effect, with good reason.

Bottom line? An HDTV with a refresh rate of 60Hz or 120Hz will probably look perfectly fine to your eyes. If a blue-shirted sales clerk tries to upsell you to 240Hz, don’t take the bait.

While Hz refers to the refresh rate of your HDTV’s screen, the “p” number tells you the actual resolution of your TV’s display—in other words, how many rows of “pixels” are packed into your HDTV’s display panel. (Incidentally, the “p” in “1080p” stands for “progressive,” not “pixels.” Check out the Bonus Tip below for more details.)

A 1080p HDTV, for example, has 1,080 horizontal lines of resolution, with each line containing 1,920 pixels from one end to the other, for a grand total of more than 2 million pixels.

As with the whole Hz issue, there’s a point of diminishing returns when it comes to resolution—and as I’ve written in an earlier post, many TV experts agree that on a 40-inch or smaller HDTV, the human eye can’t tell the difference between 1080p and 720p.

As I mentioned above, the “p” in “1080p” stands for “progressive”—meaning a TV screen that’s capable of drawing a complete frame in a single pass, resulting in a smooth, solid image.

Most older “tube” TV sets, on the other hand,  only support “interlaced” display technology—that is, a display that draws just the even lines of a frame in one pass, and then the odd lines in a second pass.

Confused? Don’t worry. All modern HDTV models boast a progressive-scan display, so there’s really no need to stress over the difference between “progressive” and “interlaced” when shopping for a new big-screen set.

Have more HDTV questions? Let me know in the comments below, or send me an email.