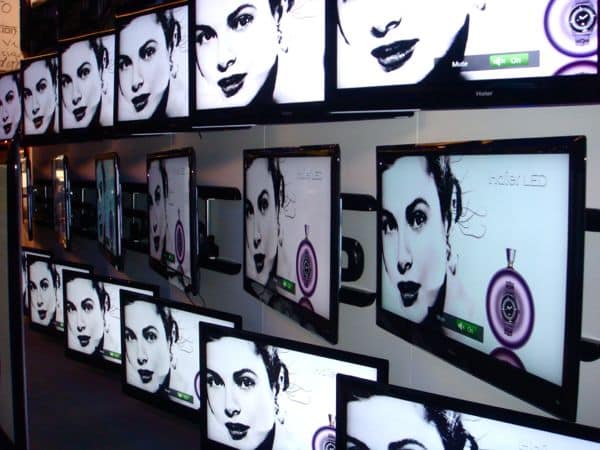 Do you really need 3D on your very first HDTV? What about those new-fangled Internet widgets? And is 240Hz better than 120Hz—whatever that means?

Get anwers to those questions and more in the second part of my HDTV buyer’s cheat sheet. (And don’t forget part one!)

One of the hottest new features that the big-box clerks will try to push on you is 3D—because 3D is the future of video, and you don’t want to be left behind with an HDTV that only does 2D, right?

Well, here’s the thing: for now, there’s not much 3D video to watch, beyond a handful of 3D networks and a few dozen 3D-ready Blu-ray discs (which, by the way, require 3D-enabled Blu-ray players or a PlayStation 3).

Even the biggest 3D movie of them all—”Avatar”—isn’t available on Blu-ray unless you buy a Panasonic HDTV set to go with it.

Today’s higher-end HDTVs typically come with 3D support included—and in that case, why not. But should you go out of your way to buy a 3D-capable HDTV set? Unless you’re just nuts about 3D, I say skip it, especially if you’re a bargain hunter.

Another hot home-video trend is streaming video over the Internet, especially via such popular video services like Netflix, Hulu, Amazon, and Vudu.

Not all that long ago, the easiest way to stream video to your TV was with an external “set-top” box like Apple TV or Roku. Increasingly, though, we’re seeing more and more HDTV sets with built-in apps for the likes of Netflix and Hulu, along with digital, Internet-enabled “widgets” that display news headlines, stock quotes, and local weather reports right on your screen.

Nice—but necessary? Not if you ask me.

While getting an HDTV with Internet widgets means you won’t need to worry about buying an Apple TV ($99) or a Roku (just $59 and up), you’ll also have to resign yourself to the fact for most Net-enabled TVs, the widgets you see are the widgets you get—forever.

Set-top boxes like Apple TV and Roku, on the other hand, are frequently updated with new channels and features.

As with 3D support, Internet widgets are often included on high-end HDTVs—like ’em or not. But again, I don’t see any reason for bargain hunters to go out of their way to get a set with widgets; instead, I’d recommend saving some cash and getting, say, the $59 Roku box instead.

If 120 is good, 240 must be better, right? That’s what the clerks in the TV section will tell you when you ask the difference between 120Hz and 240Hz—a specification that refers to how quickly a TV can refresh the image on its screen.

Just to be clear, commercial American TV broadcasts top out at 60Hz (or about 30 frames a second), but some LCD TVs advertise refresh rates of 120Hz or more to deal with a problem called “motion blur”—that is, blurred images in fast-moving video like sports programming. (Plasma HDTVs, by the way, don’t suffer nearly as much from motion blur problems as LCD TVs do.)

Now, home-video expects say the jump from 60Hz to 120Hz does, in fact, make quite a big difference when it comes to improving image quality on LCD HDTVs. But many of those same experts argue that going from 120Hz to 240Hz won’t double your viewing pleasure; in fact, it’s questionable whether most viewers could even notice the difference.

My recommendation: When it comes to refresh rates, 120Hz is just fine.

How many HDMI outputs?

These days, it’s all about HDMI when it comes to connecting, say, a Blu-ray player, a cable box, or a game console to your new HDTV set—so in this case, it truly is a case of the more, the merrier.

So before you buy a new set, I recommend counting the number of boxes you plan on hooking up to your TV. Have a cable box? That’s one. A DVD or Blu-ray player? That’s two. How about an Apple TV? Three. PlayStation 3 or Xbox 360? There’s another one.

Personally, I suggest getting an HDTV with no less than four HDMI ports—enough to give yourself room to grow.

And remember—you don’t have to spend $100 on an HDMI cable, no matter what the blue-shirts tell you.

Check out part one of the HDTV buyer’s cheat sheet right here!