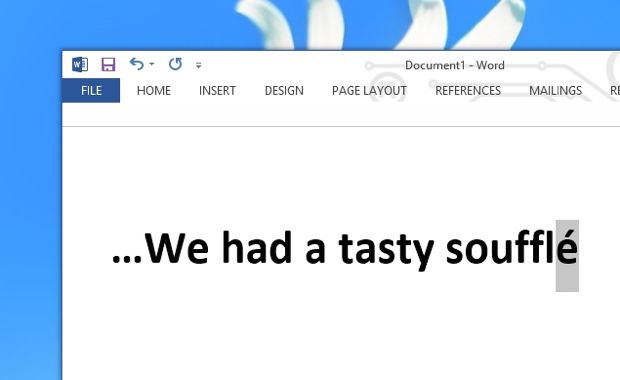 A few weeks ago, I wrote a couple of columns on how to type letters with accent marks. Turns out it’s pretty easy on a Mac, but not so much on a Windows PC.

Typing accent marks on an iMac or MacBook is a simple matter of holding down a letter key. But if you want to type characters with accents on a Windows PC, you’ll need to know some lengthy ALT codes or try your hand at a few other not-so-simple methods. 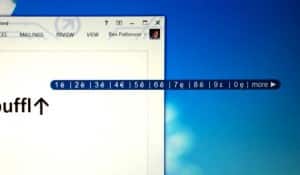 Once installed, Holdkey lets you type accent marks by pressing a holding a letter key, just like on a Mac.

I’d pretty much decided to table the accent-marks-for-Windows issue until I got this reader mail from Tom, who wrote:

The recent tip about accent marks and of holding the key down reminds me of a free app that I use with my Windows system called Holdkey. Not sure if it works with Apple also. Thanks for all the tips!

I went ahead and gave Holdkey a try; you can download it here. I tried the free version; there’s also a €7.50 (or about $9.41 in U.S. dollars) “Pro” version that boasts additional accent marks beyond the 10 that are initially displayed.

Once installed, the program lets you type accent marks by pressing a holding a letter key, just like on a Mac.

Just release the key when the little up-arrow appears; when you do, a horizontal pop-up menu displays a numbered list of 10 possible accent marks. (If you keep holding the key after the arrow appears, the letter you’re pressing will begin to repeat, just like it normally does in Windows.)

Press the corresponding number key for the accent mark you want to type, and presto!

Update [10/9/14]: While I haven’t had any trouble with Holdkey since installing it on my Windows 8 PC, at least one reader has. Deb informed me that her system froze after installing the download. She writes:

I downloaded Holdkey. My security (Norton) said it was safe. I have a five-year-old Acer laptop running Windows 7 and I use Firefox. Once it was installed, none of my “clicks” worked. I couldn’t even get the start menu to appear so I could uninstall the program or reboot. After I force quit and started up Windows normally, nothing changed.

Ultimately, I restarted the computer in safe mode and was able to make things happen; I restored it to its status a week ago and it was fine. Whew! (Then, I backed up everything to my Clickfree and exported my Dashlane passwords to a document.)

Anyone else have similar problems? Let me know…

Note: In case you’re wondering, no; I wasn’t compensated in any way by the maker of Holdkey for mentioning their app or for referrals to their download page.