Mac tip: Turn on “Do Not Disturb” mode manually or automatically 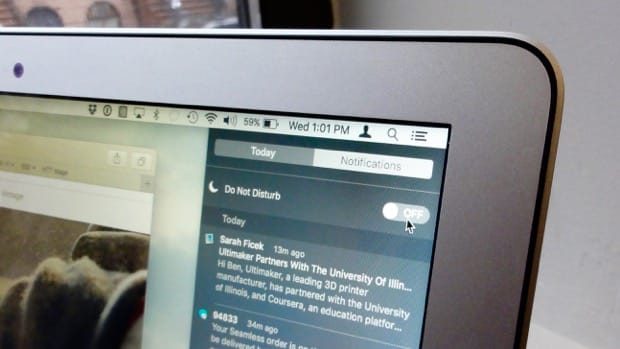 Just like your iPhone and iPad, your Mac has its own “Do Not Disturb” (DND) mode, handy for silencing all those annoying notifications that pop up in the corner of the screen—and if you didn’t know about the Mac’s DND feature, that’s probably because it’s well hidden.

Not only can you turn on DND manually, you can also set it to turn itself on and off automatically, on any schedule you choose. 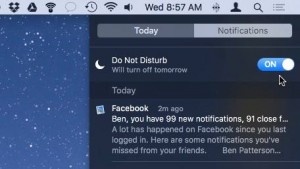 Just flick up on the Notifications window to reveal the Do Not Disturb switch.

Turning on Do Not Disturb mode manually 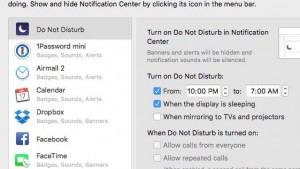 Set Do Not Disturb to turn on and off automatically

If you like, you can set DND mode to turn itself on and off on a schedule. All you need to do is access the Mac’s Notification settings.