iOS tip: Put a virtual magnifying glass on your iPhone or iPad screen 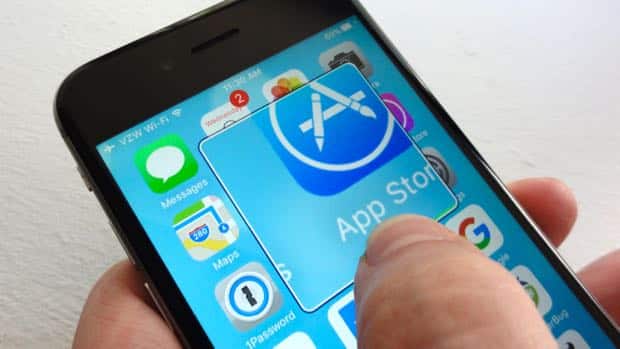 Zooming the entire display on your iOS device (here’s how) is a handy way to give your eyes a break when it comes to tiny text, but it can be a little disconcerting when there’s nothing on your zoomed screen except for, say, a giant battery indicator.

Luckily, there’s another option if you want to zoom the display on your iPhone or iPad: putting a virtual magnifying glass on the screen. 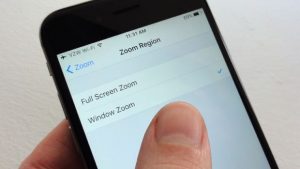 Just turn on iOS’s Window Zoom setting to put a virtual magnifying glass on your iPhone or iPad display.

The so-called “window zoom” mode for the iOS zoom feature puts a resizable window on the screen. Inside the window, the display is zoomed; outside, the screen is normal size. Dragging the window around the screen feels just like you’re using a magnifying glass. 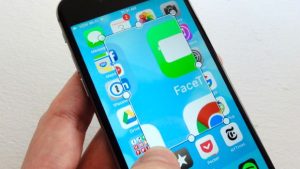 You can change the size and shape of the zoom window by tapping Resize Lens from the Zoom menu.

Next, scroll down to the Zoom Region setting, tap it, and select Window Zoom; when you do, a window showing a zoomed-in portion of the screen should appear. (If it doesn’t, try double-tapping the display with three fingertips again.)

To move the magnifying glass around the screen, just tap, hold, and drag one of the edges. To make the window bigger or smaller, triple-tap the screen with three fingertips to make the Zoom menu appear, tap the Resize Lens option, then drag the edges of the window to change its size and shape. When you’re done resizing, tap anywhere outside the window. 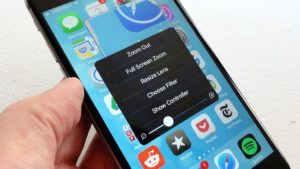 Just triple-tap with three fingertips to reveal the Zoom menu.