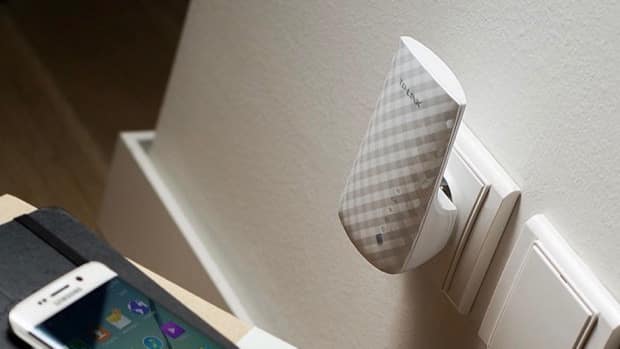 Looking for some great stocking stuffers? Not only are these picks relatively cheap, they’re all things that I’d love to snap up for myself.

What is it: A compact gizmo that plugs directly into a power outlet and boosts the range of your home Wi-Fi network.
Who it’s for: Anyone who has Wi-Fi dead spots in their house.
Why you should snag it: I bought my own Wi-Fi extender earlier this year for about $100, and I thought that was a pretty good deal. But $25? That’s a no-brainer.

What is it: A small portable speaker that connects wirelessly to your iPhone, iPad or Android phone, perfect for playing tunes on the go. It also doubles as a speakerphone thanks to its built-in mic.
Who it’s for: Music lovers who want to take their tunes to the park, the pool (yes, the speaker is water-resistant) or just about anywhere else.
Why you should snag it: The Oontz Angle 3 Bluetooth speaker checks all the boxes—light, small, stereo, sweet sound, and (as of this week) 72 percent off.

What it is: A palm-sized, easy-to-use TV set top box that lets you stream Netflix, Hulu, Amazon, and Google Play videos (among other streaming video services) to your HDTV.
Who it’s for: Anyone who’s still leery about streaming TV shows and movies over the Internet to their TV.
Why you should snag it: Roku’s streaming set-top boxes are among the easiest to use, particularly beginners, and at just $29, the Express is one of the best streaming video bargains out there.

What it is: A tiny USB hub that plugs into your laptop’s USB port, giving you four new USB ports in the process.
Who it’s for: Any laptop user who wants to plug in (say) a mouse, a keyboard, and external hard drive and a printer, all at the same time.
Why you should snag it: There’s no easier, cheaper way to give your laptop (or any Mac or PC, for that matter) four new USB ports.

If you buy something through our Deals posts, we may earn some money. Thank you for your support!