Take your first peek at virtual reality with this $17 headset 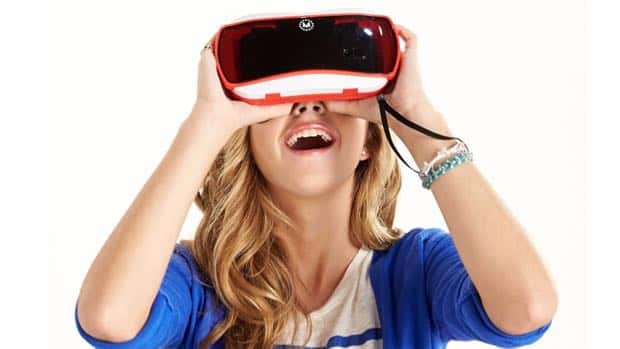 Sure, I’d heard the hype about virtual reality like everybody else—you know, you’re not just watching a movie, you’re in the movie, right? But who wants to spend $500 on a VR headset?

Well, turns out you don’t need to spend an arm and a leg to try virtual reality for yourself. As it so happens, the iPhone or Android phone in your pocket is probably (assuming it’s reasonably new) capable of transporting you into the eye-popping world of VR.

I got my first look at virtual reality (and yes, it’s pretty nifty) with my three-year-old iPhone 6 and Google’s $15 “Cardboard” headset. It looks like a flimsy cardboard contraption with plastic lenses and a Velcro flap that holds your phone, but take a look inside, and…well, whoa. 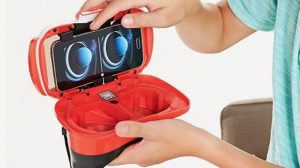 Just slide your iPhone or Android phone into Mattel’s VR headset for your first glimpse of virtual reality.

There are dozens of other smartphone VR headsets on the market, and they run the gamut from less than $5 (for the cheapest cardboard variety) to more than $100 (for a space age-looking headset that’s ridiculously overkill for viewing VR on a phone).

If you ask me, this old-school model from Mattel hits the sweet spot. The $17 View-Master Virtual Reality Starter Kit may look like a toy, but it’s earned a reputation as one of the best buys around when it comes to smartphone VR headsets.

Setup is a breeze. Just install the Google Cardboard app onto your iPhone or Android phone, pair the Mattel headset with the app (which you do by scanning a QR code), slide your phone into the headset, and feast your eyes on the VR goodness.

Check out the View-Master Virtual Reality Starter Pack on Amazon!

If you buy something through our Deals posts, we may earn some money. Thanks for the support!