Windows Phone to get a helping of “Mango” (multitasking, group messaging, faster browsing, and more) 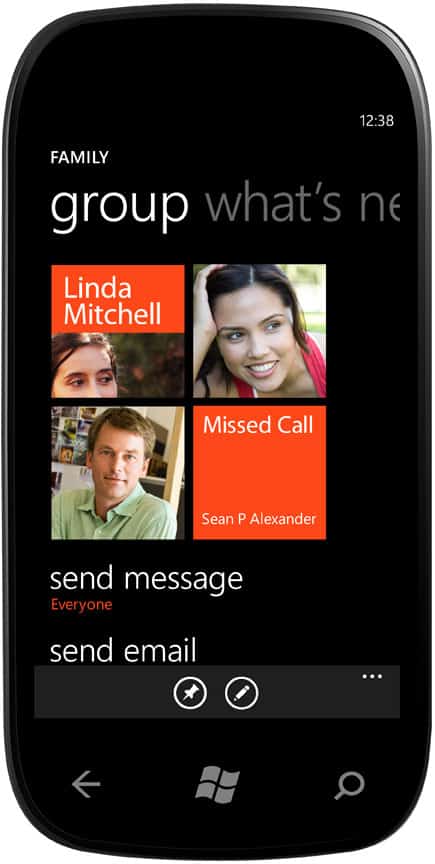 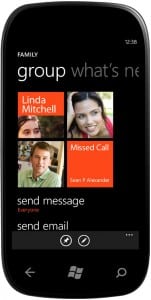 The upcoming "Mango" update for Windows Phone lets you send messages to "groups" of friends.

Windows Phone users will gain the ability to quickly switch between running apps, chat with a group of friends simultaneously, and surf the web at “blazingly fast” speeds once a “major” update for Microsoft’s revamped smartphone platform lands this fall.

Microsoft already gave us the broad strokes about “Mango,” the code name for the upcoming update, back in February, but Tuesday’s press conference revealed more details and additional features, including Bing-aided “Local Scout” search; chat threads that combine text, Windows Messenger, and Facebook messages; and unified email inboxes that combine specified accounts. We also got a vague release date: this fall, a little later than earlier rumors had pegged.

The biggest of the soon-to-arrive Windows Phone improvements remains multitasking for third-party apps, a feature that finally brings Microsoft’s new smartphones up to par with its Android- and iOS-powered competitors.

A quick demo showed how Windows Phone multitasking will work: inside a running app, users will simply press and hold the “Back” button to reveal a row of tiles, each representing apps in the background. Flick to the app you want to switch to, tap it, and voilà—you’re in. The interface looks like a hybrid of multitasking “card” interface in HP’s webOS platform and the browser windows in mobile Safari; basic, yes, but serviceable, and effective. 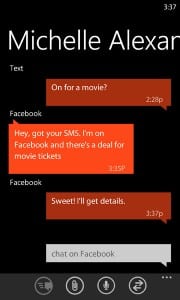 Also coming in “Mango”: a series of messaging enhancements, including “threads” that combine Facebook, text, and Windows Messenger chats with a contact into a single, threaded conversation; “groups” of friend for e-mail blasts, or viewing communal photos and updates on Facebook, Twitter, and LinkedIn; built-in text-to-speech and speech-to-text for hands-free messaging; linked inboxes for multiple email accounts; and threaded email conversations that can be moved or deleted with a few taps.

Browsing will also get a boost with the hardware-accelerated, Internet Explorer 9-based mobile browser, which Microsoft claims will smoke the competition when it comes to “certain types” of web pages. Also on tap: “Local Scout,” a Bing-aided local search feature for finding nearby restaurants, shops, and other points on interest; and “Bing Vision,” which lets you scan and identify book covers and other items using the phone’s camera lens for instant search, shopping, and third-party app results (for example, within the Amazon Kindle app in the case of book covers).

All in all, Windows Phone users can expect more than 500 new features in the massive “Mango” update. Unfortunately (and only as far as I’m concerned, at least), none of them are true game-changers.

Indeed, despite my favorable impressions of the Windows Phone platform as a whole (and make no mistake, I’m still a fan of its clean, uncluttered interface and seamless Xbox and Facebook integration), I’m still at a loss whenever I’m asked for reasons to pick a Windows Phone handset over an Android phone or the iPhone.