Reviewers: Google’s new “in-the-cloud” Chromebooks are way ahead of their time 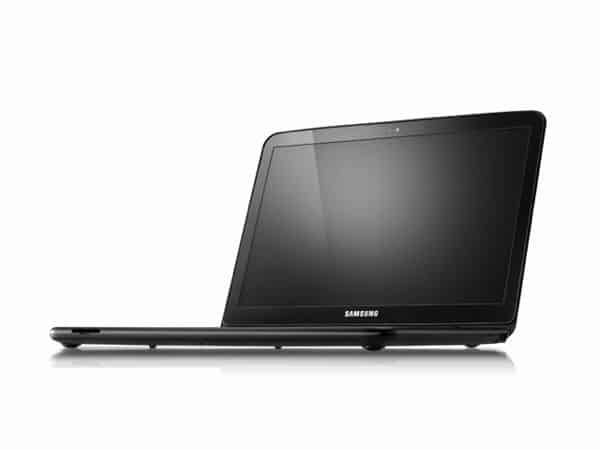 Picture this: a three-pound netbook with more than eight hours of battery life, but no hard drive. Instead, Google’s new line of cloud-based Chromebooks relies entirely on Google’s online services, such as Gmail, Google Documents, and Google Calendar, not to mention hundreds of web-based Chrome apps. It’s like Apple’s new iCloud, but taken to an entirely new level.

Sounds bold, right? Absolutely. And the theoretical benefits are enticing. No more security updates to download and install—in fact, no need to install anything. Setting up your new Chomebook would be a simple matter of signing in with your Google ID and password. Lose your Chromebook? No problem; just get another one, log in, and there’s all your stuff, just where you left it.

But if you’re skeptical of a laptop that needs an Internet connection in order to do … well, anything at all, join the club.

Reviews are starting to roll in for one of the first Google Chromebooks: the Samsung Series 5 ($500 with built-in 3G from Verizon Wireless, or $430 for the Wi-Fi-only version), and it’s definitely sounding like Google’s vision of a small, lightweight notebook that’s basically a web browser with a keyboard is decidedly ahead of its time.

From David Pogue of the New York Times:

I tried valiantly to use the Samsung as my main machine, but by the end of a week, I was about ready to toss it like a Frisbee.

I took four flights with it. At each departure gate, I had to pay $7 for Wi-Fi. Three of the flights had no Wi-Fi on board, so the Chromebook sat uselessly in my bag. On the fourth, Wi-Fi cost $13. That’s right: $13 every time you fly, just to look at your own photos and documents. Then $17 for the hotel’s crummy Wi-Fi.

Heaven help you on a cruise ship, where Wi-Fi can cost several dollars a minute.

It isn’t often you come across a computer that makes you wish it ran Microsoft Windows. The new Chromebook Series 5 laptop manages that impressive feat…

Someday, when the Internet is even more ubiquitous than it is now and connectivity is as available as oxygen, the Chromebook may make sense. For now, though, it dwells in a netherworld, neither as convenient as a tablet nor as potent as a PC.

We keep seeing people comment that the Samsung Series 5 or any other Chromebook will be a good choice for nontechie people. Maybe eventually, but today there are just too many holes in the experience. Plus, trying to explain to nontechies that everything they do is now online and asking them to trust that it’ll be there whenever they log in might not be that easy.

here’s the thing: I’ve yet to check out the Samsung Series 5 in person, so I can’t pass judgement on the hardware itself. But in terms of the all-in-the-cloud, all-the-time concept that Chromebook users would have to embrace, I find myself nodding in agreement with the reviewers.

One day soon, we may be ready to live our digital lives entirely in the cloud, but we’re not there yet—not by a long shot.