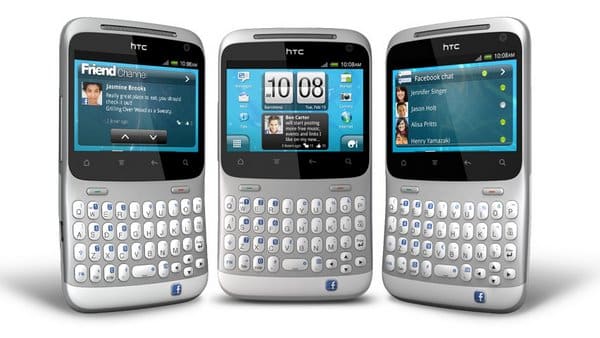 A new Android smartphone with a dedicated Facebook button for sharing webpages, photos, songs, and other online curiosities is said to be headed for AT&T in the very near future.

The phone will be called the Status, according to Boy Genius Report and its unnamed sources. If the handset looks familiar, that’s probably because smartphone maker HTC already revealed it—as the “ChaCha”—back in February. 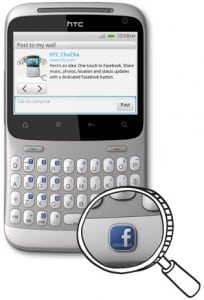 Resembling a old-style BlackBerry phone, complete with a 2.6-inch touchscreen above a compact QWERTY keypad, the Android-powered ChaCha has already been … well, cha-cha-chaing its way around Europe for a few months, but the Facebook-friendly handset has yet to land here in the States. (HTC also announced another, larger Facebook phone along with the ChaCha: the keyboard-less Salsa.)

HTC promised back in February that the phone—or its “unique user experience—would arrive in the U.S. “later this year,” but it still hasn’t confirmed a specific release date.

For its part, Boy Genius claims the ChaCha (or whatever it ends up being called) will arrive stateside in the “coming weeks.”

So, what’s so special about the ChaCha? Just beneath the QWERTY keyboard sits a little blue button with the telltale Facebook logo; press it, and you’ll instantly share the webpage you’re browsing, the photos you’re viewing, or the music you’re listening to with your Facebook pals. (Don’t worry—the ChaCha will prompt you before posting items to your Facebook wall willy-nilly.)

The ChaCha also boasts a custom widget that lets you chat with groups of Facebook pals while you’re on the go.

What do you think—any interest in an Android smartphone with a dedicated Facebook button?