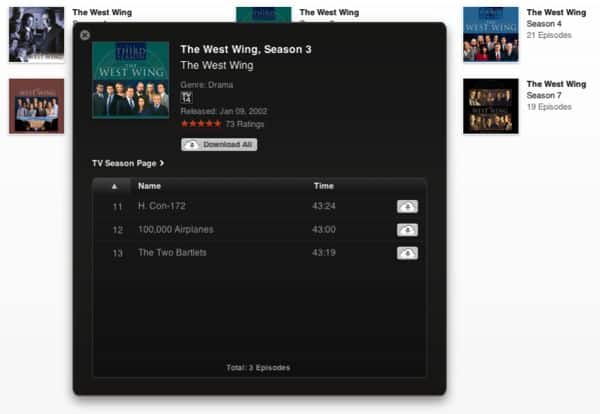 Videos are probably the biggest space hogs around when it comes to computer hard drives; just ask anyone who’s ever purchased and downloaded an entire TV season from iTunes.

Indeed, a single HD episode of, say, “Mad Men” from the iTunes Store weighs in at a whopping 1.5 GB. Multiply that by a dozen episodes, and you’re looking at 12 GB of hard drive space for a single season. Yikes.

But here’s the good news: with little fanfare Monday, Apple switched on a new feature that lets you re-download any TV shows you’ve previously bought from iTunes onto your Mac, PC, iPhone, or iPad.

That means you can now buy as many TV shows as you want, download only the ones you want to watch, and delete them when you’re done—all with the knowledge that the shows you bought are still sitting on Apple’s servers, ready to be downloaded again.

And as an added benefit, Apple TV users can now purchase and stream TV shows directly over their hard drive-less boxes. Before, viewers could only watch purchased TV shows on their Apple TVs by buying and streaming them over the desktop version of the iTunes software.

So, ready to start re-downloading your purchased TV shows? Here’s how to do it. 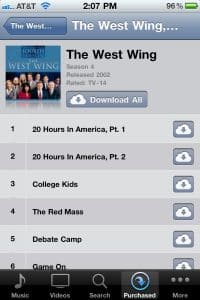 On the iPhone or iPod Touch:

Now when you’re finished watching an episode, you can just delete it—and then re-download it when you’re ready to watch again.