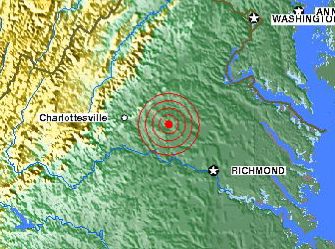 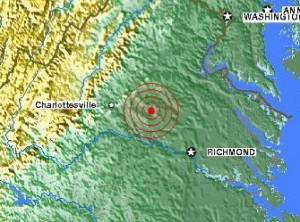 At first, I thought I was just woozy after a few too many cups of coffee. But then my chair—heck, the whole building—kept on shakin’, and soon millions of worried cell phone users were dialing each other to ask, “Did you feel that?”

“Call delays due to temporary mass calling event,” Sprint said on its official Twitter feed. (“Mass calling event?” Nice one.) “To contact loved ones following earthquake, please use text mesgs rather than call.”

T-Mobile had the same much the same advice on its own Twitter feed, reporting that its network was “experiencing higher call volumes in all areas affected by the earthquake.”

AT&T users (myself included) also had trouble making connections, while Verizon Wireless owned up to “some network congestion” following the 5.8 (or 5.9, depending who you talk to) temblor.

But scared East Coasters who had the good sense to hang up their phones and turn to Facebook, Twitter, or good old-fashioned texting had much better luck getting through to their loved ones.

Moral of the story? When the earth shakes beneath your feet, resist the urge to call home and try texting, posting, or otherwise tapping instead.

Did you feel the quake—and if so, were you able to get in touch?

Update: Even the Department of Homeland Security now says you should stick to Facebook and Twitter when it comes to contacting loved ones about the quake:

If White House town hall meetings via Twitter and Facebook weren’t proof enough that we’re moving well into the Gov 2.0 era here in the US, then this might help sway your opinion. The Department of Homeland Security, seeing massively clogged telephone connections on the East cosat following a Virginia earthquake, is encouraging the use of social media to contact friends and family.

via The Next Web