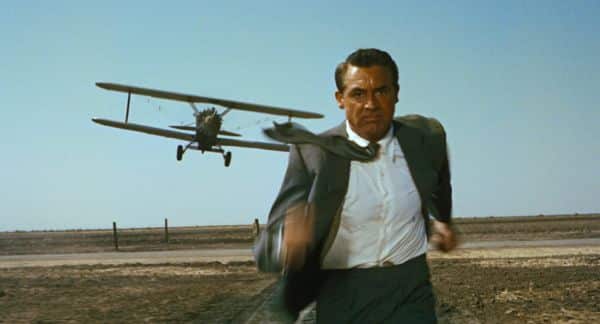 Putting a Blu-ray player under the tree for your favorite movie buff? Consider throwing in a classic Blu-ray movie, too. Among my picks: “Ben-Hur,” “Gone With the Wind,” “The Wizard of Oz,” and “2001: A Space Odyssey.”

1. Citizen Kane ($32)
Widely considered one of the best (if not the best) movies ever made, Orson Welles’ 1941 masterpiece continues to dazzle audiences and inspire filmmakers, and it gets a welcome Blu-ray makeover in this handsome box set. Included in the package: audio commentary by director Peter Bogdanovich and critic Roger Ebert, plus a full-length documentary about the efforts of media titan William Randolph Hearts to suppress the picture. 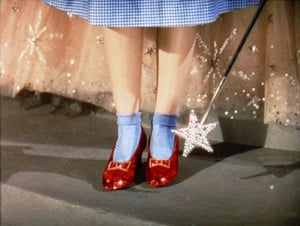 2. The Wizard of Oz ($94 for the box set, or $13 for the standard version)
I’d actually never seen “The Wizard of Oz” all the way though until I saw the newly-restored Blu-ray, and I have to say—I’m glad I waited. You’ll see every brick in the Yellow Brick Road on this 70th-anniversary Blu-ray edition, which makes the classic trip to Oz look like it was filmed yesterday. The pricier box set comes with a 52-page commemorative book, four hours of “extras,” and even a “limited-edition” Oz-themed watch.

3. Ben-Hur ($65 for box set, or $39 for the standard version)
See the epic chariot race in all its widescreen glory, complete with a restored Dobly Digital soundtrack, a full-length “making-of” documentary starring Charlton Heston himself, vintage screen tests, and more.

4. The Sound of Music ($17)
This three-disc set boasts an interactive “back-lot” tour of Robert Wise’s beloved musical (just wait ’til you see the sweeping opening shot on Blu-ray), along with an audio commentary with Julie Andrews and Christopher Plummer. And yes, there’s a “sing-along” version included, too.

5. The Bridge on the River Kwai ($17)
David Lean’s harrowing, widescreen war epic gets the Blu-ray treatment, complete with a 35-page book detailing the production, replicas of the original lobby cards, a squad of documentaries, interviews with William Holden and Alec Guiness, and more. Still missing in action, sadly: a Blu-ray version of Lean’s masterpiece, “Lawrence of Arabia.” 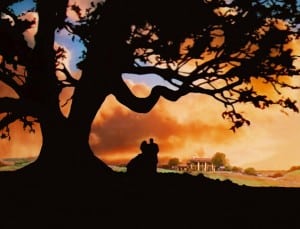 6. Gone With the Wind ($47)
They don’t make ’em like they used to, and there’s no finer example than this soaring Civil War melodrama. Released in 1939, the same year as “Wizard of Oz” (what a year that must have been), “Gone With the Wind” probably looks better now than it did during its original theatrical run. And on Blu-ray, the devastating shot of the wounded soldiers in the aftermath of the Battle of Atlanta is truly draw-dropping.

7. West Side Story ($20)
Another great musical—except this time, it’s set in the mean streets of Manhattan rather than the mountains of Austria. Leonard Bernstein’s score is remastered in luscious 7.1 DTS-HD audio, and 50’s-era New York looks superb (and appropriately grimy) in widescreen 1080p HD.

8. North by Northwest ($14)
“Vertigo” may be considered Hitchcock’s greatest movie, but for my money, you can’t beat the thrilling “North by Northwest,” featuring Cary Grant at his suavest—even as he was dodging that infamous cropduster. “Vertigo,” by the way, isn’t on Blu-ray yet, although another Hitchcock classic—the still-terrifying “Psycho”—is.

10. The Godfather trilogy ($68)
I had no idea how badly the “Godfather” movies needed a makeover until I watched the new Blu-ray versions recently; in particular, the opening, now fully-restored wedding sequence from “The Godfather” is a revelation.

11. The “Star Wars” saga ($87)
Hey, weren’t there only supposed to be 10 movies in this holiday Blu-ray countdown? Well, yes, but I can’t let this list go by without mentioning “Star Wars,” which finally landed on Blu-ray this past fall. The box set includes all six movies, complete with razor-sharp 1080p HD visuals and restored digital soundtracks; check out my eyes- and ears-on impressions right here.